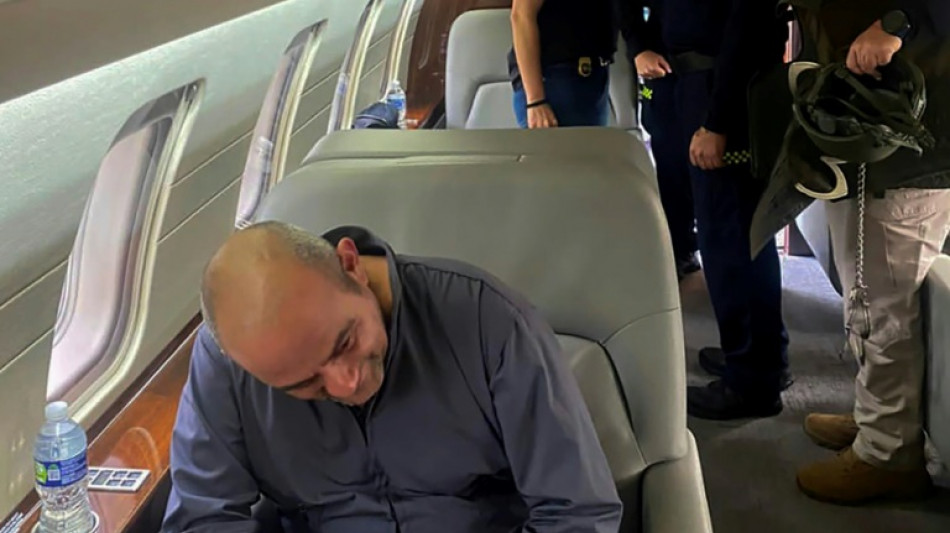 The Colombian government on Sunday reinforced a nearly 50,000-strong military deployment against a drug cartel that has burned cars and threatened people as reprisal for the extradition of its leader to the United States.

An additional 2,000 troops and police were deployed to join about 50,000 others already on the ground in northern Colombia to take on the so-called Gulf Clan, Defense Minister Diego Molano said.

They would be tasked, among other things, with securing roads so that hard-hit commerce can be restored, he said.

The cartel, Colombia's biggest, allegedly moves between 30 and 60 percent of all the cocaine originating from the world's largest producer of the drug.

Its leader, Dairo Antonio Usuga, or "Otoniel," was extradited to the United States last week and pleaded not guilty to trafficking charges.

The 50-year-old was the most wanted person in Colombia until his arrest last October, and now faces life in prison.

Last Thursday, the cartel went on the offensive back home, launching a so-called "armed strike" affecting nearly 90 municipalities in nine of Colombia's 32 departments, according to officials.

Cartel members set fire to dozens of vehicles and intimidated civilians with threats, warning them to stay at home.

No casualties have been reported.

The government has offered rewards of up to $1.2 million each for information leading to the capture of Otoniel's top deputies, known as "Siopas" and "Chiquito Malo."

On Saturday, President Ivan Duque announced he would set up a search team -- "the strongest that our country has seen" -- to find the two men.