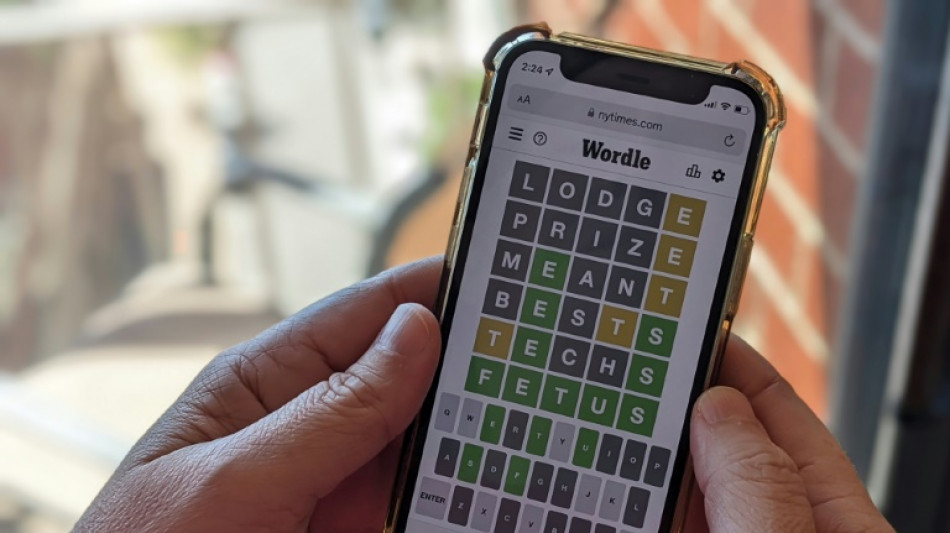 The New York Times, owner of the hit game Wordle, hastily changed the solution Monday from "fetus," a term recently catapulted into the news as US abortion rights face possible restrictions by the Supreme Court.

Some of the game's millions of players "may see an outdated answer that seems closely connected to a major recent news event," the editorial director of the paper's game section, Everdeen Mason, said in a statement.

Without mentioning the actual word, she said the choice was "entirely unintentional and a coincidence -- today's original answer was loaded into Wordle last year."

That, of course, was long before a leaked Supreme Court draft decision last week revealed that if adopted, the majority of justices would overturn Roe v. Wade, the landmark 1973 decision which enshrined a woman's right to an abortion nationwide.

Wordle, a daily game which consists of guessing one five-letter word in just six tries, was bought by the Times in January after it skyrocketed in worldwide popularity.

"We take our role seriously as a place to entertain and escape, and we want Wordle to remain distinct from the news," Mason said.

"When we discovered last week that this particular word would be featured today, we switched it for as many solvers as possible," although it was too late to change it for all.

Already in February, the paper announced that it had scrubbed Wordle of many obscure as well as "insensitive or offensive words."

On social media, some users shared the day's two solutions, mocking the center-left paper for being overly delicate.

The NYT editorial board last week took a formal stand in favor of the right to abortion, with an op-ed titled "America Is Not Ready for the End of Roe v. Wade."