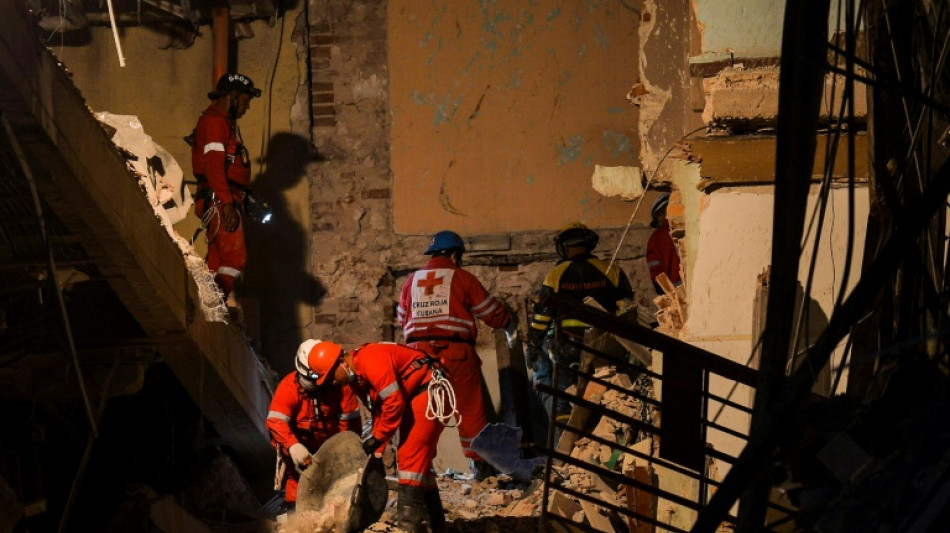 The death toll from an explosion at a luxury hotel in the old quarter of Havana has risen to 40, the health ministry said Monday.

It said 54 people were injured in the blast last week, including six that are still in critical condition. The death toll Monday morning had been 35.

Crews continued to comb through the rubble of the Saratoga five-star hotel, which was being renovated and had no guests at the time of the blast, seemingly caused by a gas leak.

The search is now focused on the basement and sub-basement of the building.

"It is at a very dangerous stage because of the concentration of the rubble and the danger of collapse," fire department head Luis Carlos Guzman told state television Monday, updating the confirmed death toll.

The tourism ministry said that at the time of the blast there were 51 workers inside the hotel, which was readying for its post-refurbishment reopening this week.

"According to family members, it is estimated that there are about 12 or 13 people still trapped," the news agency added.

The first four floors of the hotel were gutted in the late-morning blast that sent smoke billowing into the air and rubble tumbling to the ground.

The explosion, which an official said happened while a gas tank was being refilled by a tanker truck, tore off large parts of the facade, blew out windows and destroyed cars parked outside the hotel.

The luxury property is known for having hosted celebrities such as Madonna, Beyonce, Mick Jagger and Rihanna.

Erneut lebenslange Haft in Revisionsprozess u...