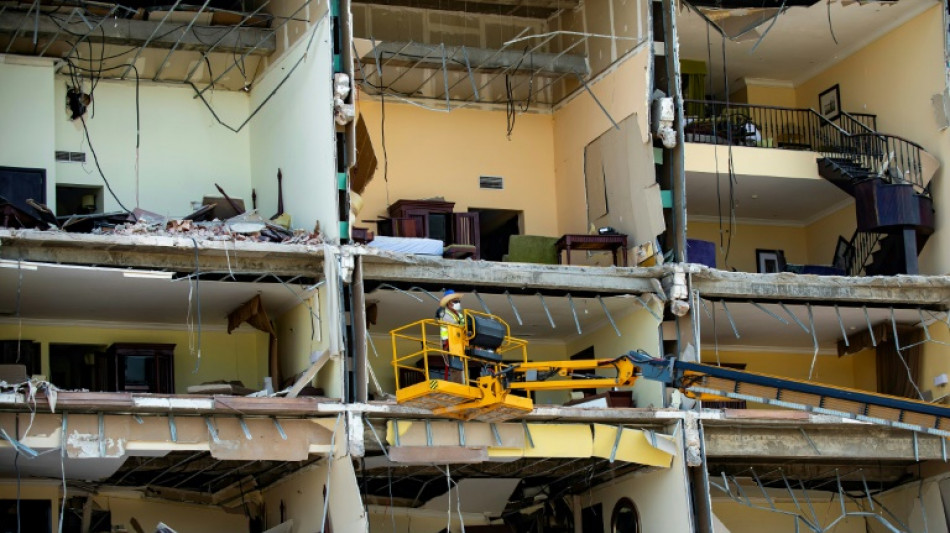 Three more bodies were pulled Tuesday from the rubble of a Havana hotel that was destroyed days earlier in an explosion, taking the death toll to 43.

The ministry of health said another 54 people were injured and 17 of those are receiving hospital treatment.

The latest confirmed deaths included a 77-year-old woman and a popular local councilor.

Juan Carlos Diaz, 55, was held in high regard by local residents for his efforts to improve their lives.

"We felt everyone's pain but especially his because he worked as a delegate in the moments that were necessary," Havana resident Lazara Phinney told AFP.

A third body recovered later on Tuesday was still in the process of being identified, authorities said.

The luxury Saratoga hotel in the old quarter of Havana was destroyed on Friday morning, seemingly due to a gas leak.

The five-star hotel was being renovated at the time and had no guests. It had been closed for two years, initially due to the coronavirus pandemic that decimated Cuba's vital tourism industry.

But it had been due to reopen on Tuesday.

Roberto Enrique Calzadilla, a representative of the state Gaviota company that owned the hotel, said there were 51 workers on the site at the time of the explosion.

Of them, 23 died, three survivors are receiving hospital treatment, 22 are safe and three more are missing.

Preliminary assessments indicate that 80 percent of the hotel has been affected by the blast.

The explosion, which an official said happened while a gas tank was being refilled by a tanker truck, tore off large parts of the facade, blew out windows and destroyed cars parked outside the hotel.

The first four floors of the hotel were gutted.

The luxury property is known for having hosted celebrities such as Madonna, Beyonce, Mick Jagger and Rihanna.