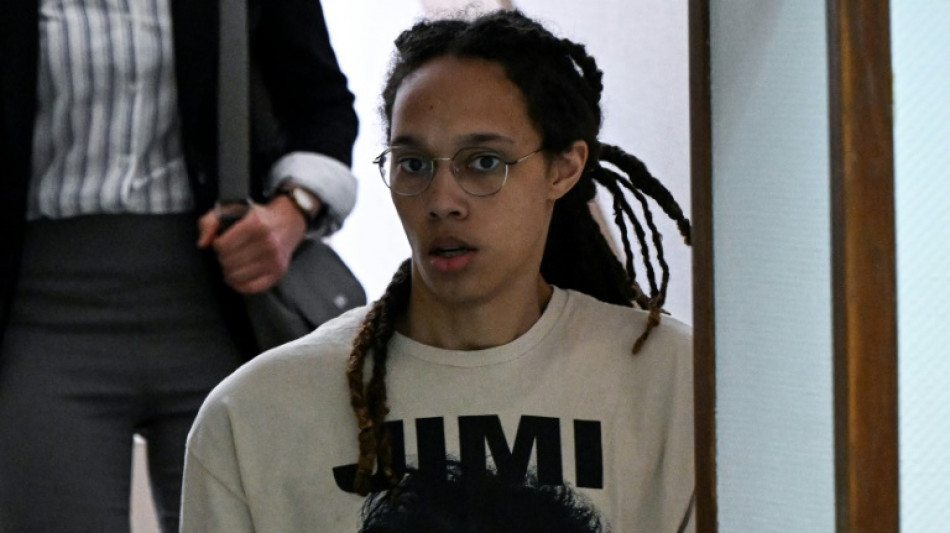 Moscow said Thursday that US "hype" over women's basketball star Brittney Griner, held in Russia on drug smuggling charges, will not help her case after President Joe Biden spoke out against her detention.

Griner -- held in Russia since February and facing up to a decade behind bars on charges of smuggling cannabis vape cartridges into the country -- is due to appear in court later on Thursday.

"The hype and working on the public, with all the love for this genre among modern politicians, currently only disturbs (the court process)," Deputy Foreign Minister Sergei Ryabkov said, according to Russian news agencies.

"It does not just distract from the case but creates interference in the core sense of the word. Silence is needed here."

His comments came a day after Biden spoke to Griner's wife Cherelle Griner, saying the star was "wrongfully detained under intolerable circumstances" and vowed to make bringing her home a "priority."

The US leader also said he had written to the WBNA star, after she had sent him a hand-written letter presented to the White House on July 4, US Independence Day.

"I realise you are dealing with so much, but please don't forget about me and the other American Detainees," Griner wrote.

"Please do all you can to bring us home."

But Ryabkov said letters between the two would not help the star's fate.

"It is not it is not correspondence of this kind that can help, but a serious perception by the American side of the signals they received from Moscow, through specialised channels," he said.

The 31-year-old basketball star was detained in the days before Russia sent troops to Ukraine, after which the United States and its allies imposed unprecedented economic sanctions on Moscow.

Her case has become one of many sticking points in relations between the United States and Russia, with Washington putting its special envoy in charge of hostages on the case.

She came to Russia in February to play club basketball during the US off-season -- a common path for American stars seeking additional income.

She was detained at a Moscow airport after she was found carrying vape cartridges with cannabis oil in her luggage.

US authorities initially kept a low profile on the case, which was not made known to the general public until March 5 but has since upped the ante.

Russian law is strict in such cases and other foreigners have recently been handed heavy sentences on drug-related charges.

Last month, a Moscow court sentenced a former US diplomat, Marc Fogel, to 14 years in prison for "large-scale" cannabis smuggling.

Russia and the United States regularly clash over the detention of each other's citizens and sometimes exchange them in scenes reminiscent of the Cold War.