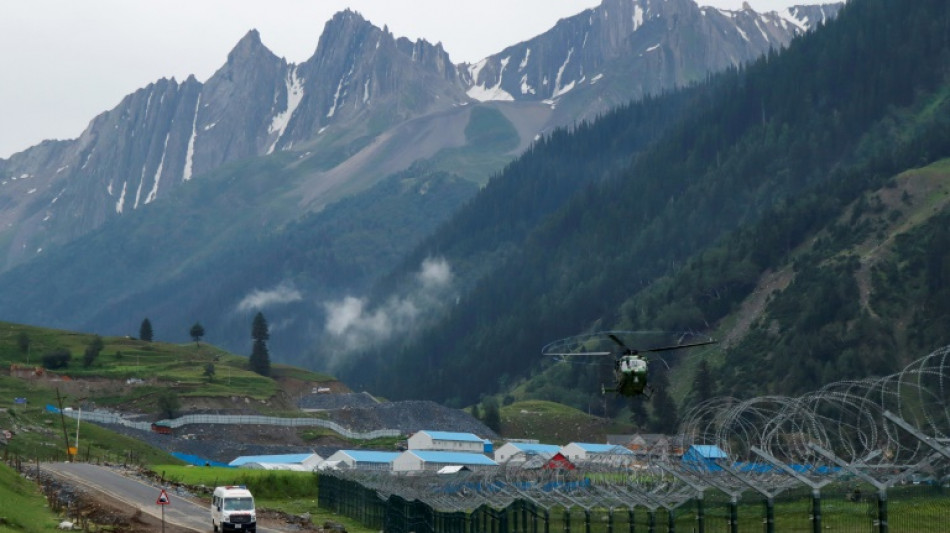 Around 10,000 people were camped near the remote Amarnath temple, nestled in a Himalayan mountain cave, when a sudden cloudburst triggered a deluge.

Frequent whizzing helicopter sorties were evacuating the dead and an unknown number of panicked and injured pilgrims from the Baltal base camp to the north of the shrine.

"We found 16 bodies so far and at least 40 are missing," an official from the state disaster response agency told AFP.

"Security forces and all the rescue teams are looking for the missing and injured," the official said on condition of anonymity, as he was not authorised to speak to media.

Vivek, a pilgrim who escaped the destructive downpour, said that some of his family and members of the group he travelled to the site with were still missing.

"We were a group of 150 and 30 of us are still stuck up there. Their phones are switched off."

The annual pilgrimage sees hundreds of thousands of people trek up for days through rugged mountain passes to reach the shrine.

Visitors pay their respects to a large ice formation they believe is an incarnation of Shiva, the Hindu god of destruction.

The pilgrimage is being held for the first time since 2019 after a two-year halt brought on by the coronavirus pandemic.

In normal times it is one of the biggest religious events in Kashmir, a Muslim-majority region disputed between India and Pakistan that has long been the site of an insurgency against Indian rule.

This year the pilgrimage is being staged alongside a huge security deployment involving tens of thousands of soldiers and police.

But treacherous weather in the mountains has in the past posed a bigger threat than security issues in the restive territory.

Nearly 250 people died in 1996 when they were suddenly caught up in snowstorms that hit the area.

More than 100 others were killed in Bangladesh the same month when rivers swelled to record levels and inundated rural villages after some of the heaviest rains in a century.

Floods are a regular menace in India and Bangladesh, but experts say climate change is increasing their frequency, ferocity and unpredictability.