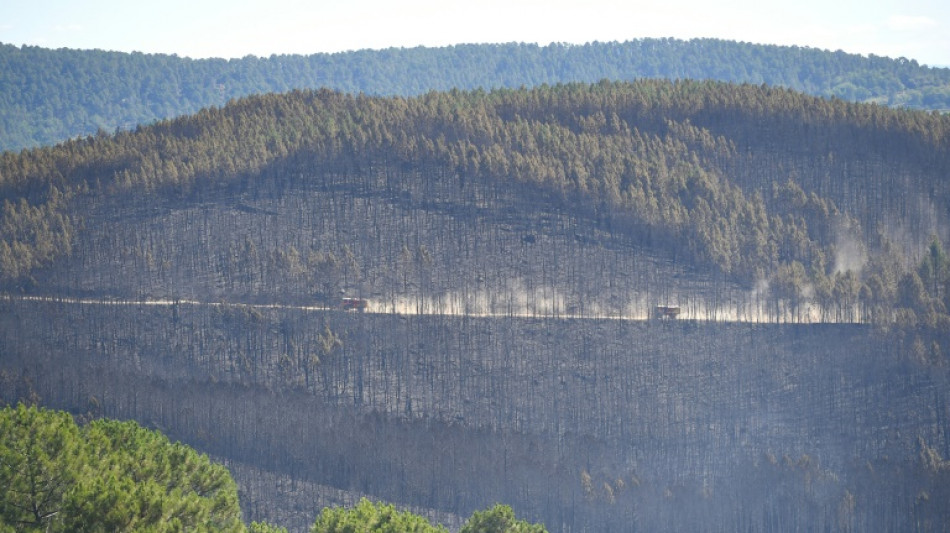 A massive fire that ravaged 650 hectares (1,600 acres) and forced people to evacuate in southern France has been brought under control, the fire service said Saturday.

Up to 950 fire fighters backed by aircraft had deployed in the southern Gard region but the "critical phase" has now passed, said fire service spokesman Lieutenant Colonel Eric Agrinier.

"For the moment, the fire is contained. This means that we don't think it can spread anymore," he added.

Around 520 fire fighters remain on the ground in the area, he said, 90 kilometres (55 miles) north of Montpellier and the Mediterranean coast.

The spokesman said units would continue treating the edges of the fire, metre by metre, and were monitoring to avoid any risk of the blaze worsening with temperatures above 30 degrees Celsius (86 degrees Fahrenheit), winds and low humidity as risk factors.

Described by emergency responders as a "mega-fire", the blaze started near the village of Bordezac and forced evacuations from nearby Besseges and other settlements on Thursday night.

The local prefect's office had said around 100 people were put up in holiday homes and restaurants in the area.

Like large swathes of the country, southeast France has suffered from drought this year, increasing the risk of fires.

During an unseasonable heatwave last month, around 600 hectares were burned in a fire started by shelling on an army artillery training range near the Mediterranean port city Marseille.

French civil security services recommended that citizens remain very careful until Sunday in all "the Mediterranean zone", "because of a very high danger of fires".