US firefighters race to protect giant sequoias in Yosemite 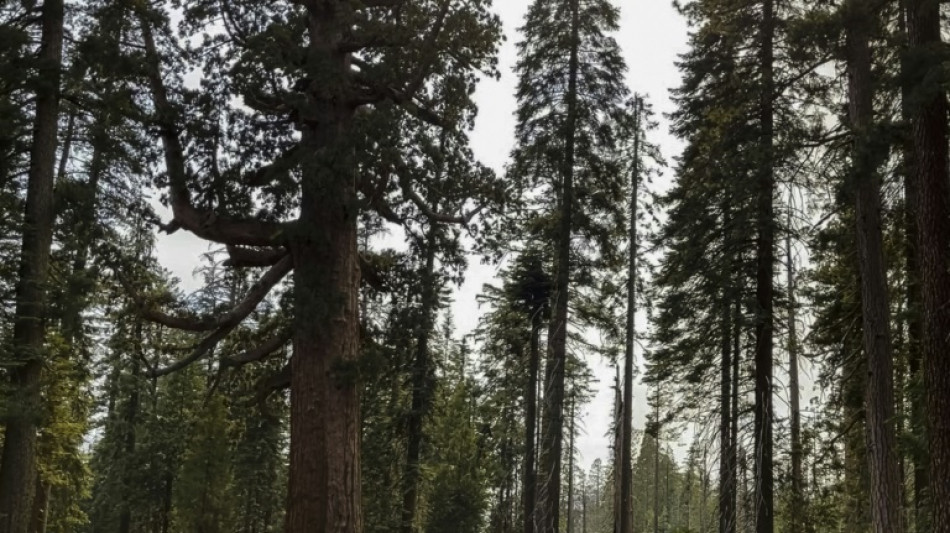 The Washburn fire, in the Mariposa Grove of giant sequoias, was first reported on July 7 and doubled in size over the weekend to 2,340 acres (946 hectares), according to a park report.

Yosemite's fire management service said 545 firefighters were battling the blaze, including "proactively protecting" the grove -- the largest sequoia grove in Yosemite, with over 500 mature trees.

Further reinforcements were due to be deployed Monday, as the blaze remained out of control with increasingly hot and dry weather forecast, Nancy Phillipe, spokeswoman for Yosemite Fire Information, told AFP.

"We are doing everything we can to put this fire out," including deploying air tankers and helicopters along with ground crews, she added.

At the sequoia grove, crews worked to remove quick-burning leaves, sticks and branches as well as drenching the ground and trees.

The Yosemite fire service tweeted footage of emergency sprinklers set up specifically to douse the grove's "Grizzly Giant" -- the most renowned sequoia in the park, which is the second largest tree in Yosemite at 209 feet (63 meters), and one of the oldest.

Phillipe said the response team was "feeling confident that we've set up the trees for as much protection as we can" with the recent efforts, aided by previous prescribed burns.

Giant sequoias are the world's largest trees by volume. Their relatives, the California redwoods, can grow taller -- well over 100 meters -- but are not as wide.

Both kinds of tree are adapted to fires, with thick bark that protects them from heat.

In their lifetimes, which are measured in thousands of years, they typically endure many fires, the heat from which helps their cones to open, allowing the seeds to disperse.

But longer, hotter and more aggressive fires can damage them, sometimes irreparably, and California has recently seen multiple severe fire seasons in a row.

Last year, California and other parts of the western United States were ravaged by huge, hot and fast-moving wildfires, driven by years of drought and a warming climate.

Two of those fires in California burned 3,600 giant sequoias, each more than four feet (120 centimeters) in diameter.

With drought and scorching temperatures, fire chiefs have warned of longer and longer fire seasons.

More than 3,500 fires have been reported already by California state firefighters CalFire in 2022, burning an estimated 22,900 acres.

"It is only just the beginning of July," said Phillipe, echoing concern at the lengthening seasons.

"Every year we say 'wow this is going to be a long season' and the seasons are lasting longer and longer."