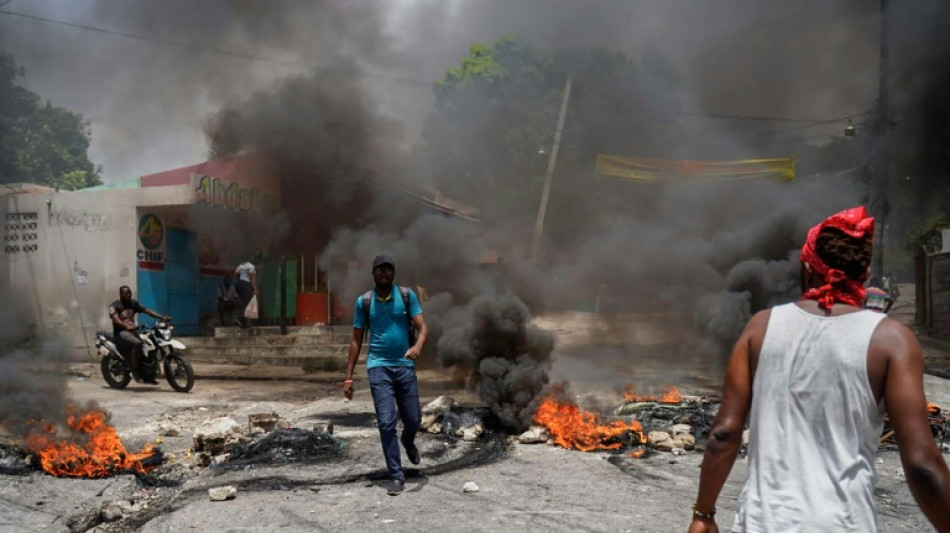 Gang violence killed or injured at least 234 people from July 8-12 in Haiti's Cite Soleil, an impoverished and densely populated neighbourhood of the capital Port-au-Prince, the United Nations said on Saturday.

The unrest erupted between two rival factions and the city's ill-equipped and understaffed police failed to intervene, trapping residents in their homes, unable to go out for even food and water.

With many houses in the slums made of sheet metal, residents fell victim to stray bullets. Ambulances were unable to reach those in need.

"Most of the victims were not directly involved in gangs and were directly targeted by gang elements. We have also received new reports of sexual violence," said UN human rights office spokesperson Jeremy Laurence.

Earlier this week, the National Human Rights Defense Network, a Haitian organisation, had put the toll at 89 people killed, 16 unaccounted for and 74 wounded.

For the six months from January to June, the UN human rights office put the death toll at 934, with 684 more people wounded. A total of 680 kidnappings also occurred during that period, it said.

"We are deeply concerned by the worsening of violence in Port-au-Prince and the rise in human rights abuses committed by heavily armed gangs against the local population," Laurence said.

"We urge the authorities to ensure that all human rights are protected and placed at the front and centre of their responses to the crisis."

The bloodshed in Haiti has come alongside soaring food prices and chronic fuel shortages -- a toxic mix that has accelerated a brutal downward spiral in the security situation in Port-au-Prince.

Aid agencies say many areas are impossible to access due to the dangerous conditions.

"We call on those responsible and supporting this armed violence to immediately desist, and to respect the lives and livelihoods of all Haitians, most of whom live in extreme poverty," Laurence said.

Mumuza Muhindo, head of the local mission of Doctors Without Borders, told AFP that his group had operated on an average of 15 patients a day during the spike in violence.

"It's a real battlefield," Muhindo said. "It's impossible to estimate how many people have been killed."

Cite Soleil is home to an oil terminal that supplies the capital and all of northern Haiti, so the clashes have had a devastating effect on the region's economy and people's daily lives.

Petrol stations in Port-au-Prince have no petrol to sell, causing prices on the black market to skyrocket.

"We are seeing a significant increase in hunger in the capital and in the south of the country, with Port-au-Prince hit the hardest," Jean-Martin Bauer, director of the World Food Programme, said on Tuesday.

For the past several years, Haiti has seen a wave of mass kidnappings, as gangs snatch people of all walks of life, including foreigners, off the streets.

The following day, the UN Security Council called on member states to ban the transfer of small arms to the Caribbean nation but stopped short of a full embargo requested by China.