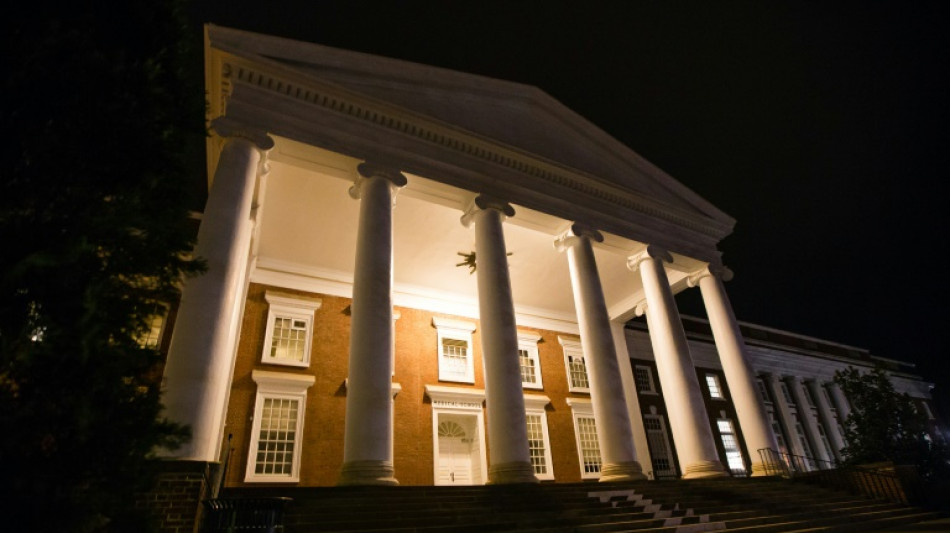 Seven university students were dead and at least one gunman was on the run Monday following weekend violence that struck two US campuses in the states of Idaho and Virginia, authorities said.

Police were hunting for the student suspect in a shooting that left three people dead and two others wounded at the University of Virginia about 100 miles (160 kilometers) southwest of the nation's capital Washington.

The campus in Charlottesville, Virginia was locked down early Monday while helicopters and police searched for a man considered to be "armed and dangerous," the UVA Office of Emergency Management tweeted.

A student at the university identified as Christopher Darnell Jones Jr was suspected to have carried out the shooting on campus Sunday night, UVA president Jim Ryan said in a statement.

"This is a traumatic incident for everyone in our community, and we have cancelled classes for today," Ryan said.

Counseling and psychological support would be made available to students and faculty, he said.

"Please shelter in place while the authorities work to locate the suspect," he wrote on Twitter.

More than 2,000 miles to the west in the Rocky Mountain state of Idaho, police were investigating a separate incident in which four students were found dead Sunday in a home near the University of Idaho campus, believed to be the "victims of homicide."

Officers responded to a call in the town of Moscow, near the University of Idaho, about an unconscious individual.

"Upon arrival, officers discovered four individuals who were deceased," police said in a statement.

Meanwhile near Michigan's largest city Detroit, police were scouring Oakland University early Monday "to pursue two armed suspects on campus," the school said in a Twitter statement as they urged students and faculty to stay away.

School shootings are alarmingly common as part of a broader wave of gun violence in the United States, where the proliferation of firearms has skyrocketed in recent years.

In May an 18-year-old gunman in Uvalde, Texas burst into Robb Elementary School and killed 19 students and two teachers, in an attack that shocked the nation and renewed calls for gun reform.

In 2007, Virginia Tech became the scene of the worst school shooting on record in the United States when a 23-year-old student killed 32 students and faculty members before committing suicide.

After Sunday's UVA shooting, US Senator Tim Kaine of Virginia said he was "heartbroken to hear of another Virginia community devastated by gun violence."