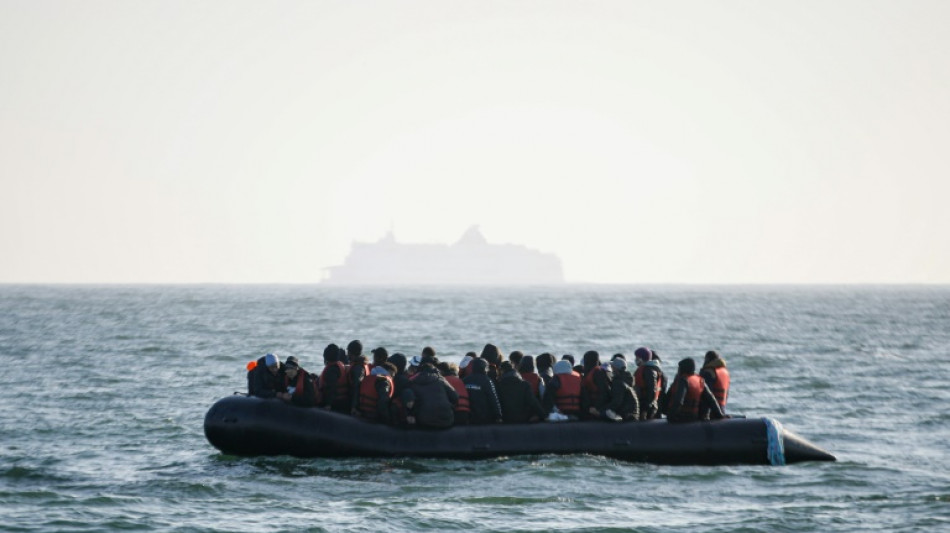 The French and British coastguard services passed the buck as a dinghy packed with migrants sank in the Channel last year, leading to the most deadly such accident on record, according to reports on Monday.

Le Monde newspaper in France published revelations based on documents contained in a French legal investigation into the worst tragedy involving a migrant boat in the busy shipping lane.

Britain's ITV channel is set to air similar claims about the 27 deaths in a documentary later Monday entitled "The Crossing".

The reports reveal that passengers first contacted France's Channel rescue centre at 1:48am on November 24 to say their vessel was deflating and its engine had stopped.

They sent their locations via WhatsApp around 15 minutes later.

At this stage, and again at 2:10am, the boat was in French territorial waters, with panicked cries and screams audible on a recording of the calls to the French Cross Gris-Nez rescue centre.

"While trying to conserve limited resources at a time of numerous crossings, and given the course of the boat that was approaching British waters, the Cross chose to pass the responsibility to the English," Le Monde said.

The French investigation revealed another 15 calls to French rescuers from 2:43 to 4:22, including from one passenger who said he was "literally in the water".

The recordings reveal frustrated-sounding French responders repeatedly instructing the distressed callers to contact the British coastguard because they were in British waters.

"You're not listening, you won't be saved," an operator is heard muttering to herself after a call with a passenger cuts off abruptly. "'I'm in the water'... well, I didn't ask you to leave."

According to the ITV documentary, the English coastguard replied to the French at 2:44 am to say that it considered the boat was in French territorial waters.

That assessment was based on the fact that a French ringtone could be heard when calling one of the passengers, the Guardian newspaper said in a preview of the ITV documentary.

At 4:34 am, the French coastguard closed its incident log assuming the boat had been rescued by the British, even informing a passing container ship that it need not stop to help.

No rescue boat was sent and floating bodies and a deflated dinghy were discovered later that day in French waters by a fisherman.

"We're horrified," the director general of the charity France Terre d’Asile, Delphine Rouilleault, told AFP. "What is described is a complete lack of cooperation for rescue operations and their trivialisation, which means no one grasped the danger for these people."

Lydie Arbogast from the migrant charity Cimade added: "It's very worrying to see that both sides, French and British, went to great lengths to show that it was up to the other side to take responsibility for the search and rescue."

The number of migrants crossing the Channel from France to England has soared over the last five years from almost none to 42,000 this year, causing severe tensions between Paris and London.

The drownings last November saw relations plummet when Boris Johnson, then prime minister, pointed the finger at France and suggested all asylum seekers who landed in Britain be sent back across the Channel.

Although the French coastguard has disclosed its call logs to lawyers as part of an ongoing legal case, its British counterpart has not, the Guardian said.

The French investigation also revealed how French rescue services were frequently overwhelmed and under-staffed while coping with the demands of so many small boats.

Migrant smugglers routinely give the numbers of the French and British coastguard to passengers before they leave.

"They all call us, even if they are not in difficulty," a manager at the French rescue cooperation centre told investigators.