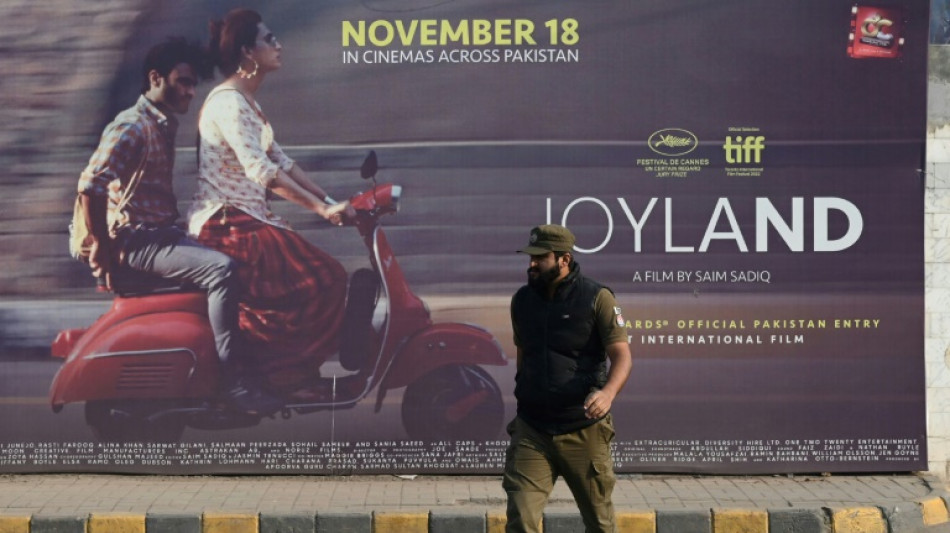 A Pakistani film portraying romance between a married man and a transgender woman was cleared for domestic screenings on Wednesday, officials said, reversing a government ban forced by Islamist pressure.

Lauded by critics, awarded the Jury Prize at Cannes, and nominated as Pakistan's entry for next year's Academy Awards, the movie "Joyland" was set to open in cinemas across the country on Friday.

But following objections from Islamist hardliners, Pakistan's information ministry stepped in last week to issue a veto declaring the film "repugnant to the norms of decency and morality" and ordered a review by censors.

But Muhammad Tahir Hassan, head of the Central Board of Film Censors, told AFP late on Wednesday that "there is no hindrance from the board for its screening".

"The distributors can screen the film from tomorrow morning if they wish," he added.

In arch-conservative Pakistan the rights of the transgender community are ostensibly enshrined in law.

However, under social stigma most are forced to live on the fringes of society, often resorting to begging, dancing at weddings or sex work for survival.

Meanwhile the slim protections they do enjoy from legislation seeking to end education and workplace discrimination are being challenged by Islamist parties.

Transgender activists rallied around the cause of the film on social media following news of the ban.

Rights group Amnesty International said it was part of a "deep-rooted and persistent pushback to ensuring their equal place in society".