Grace follows tragedy with birth of babies after Indonesia quake 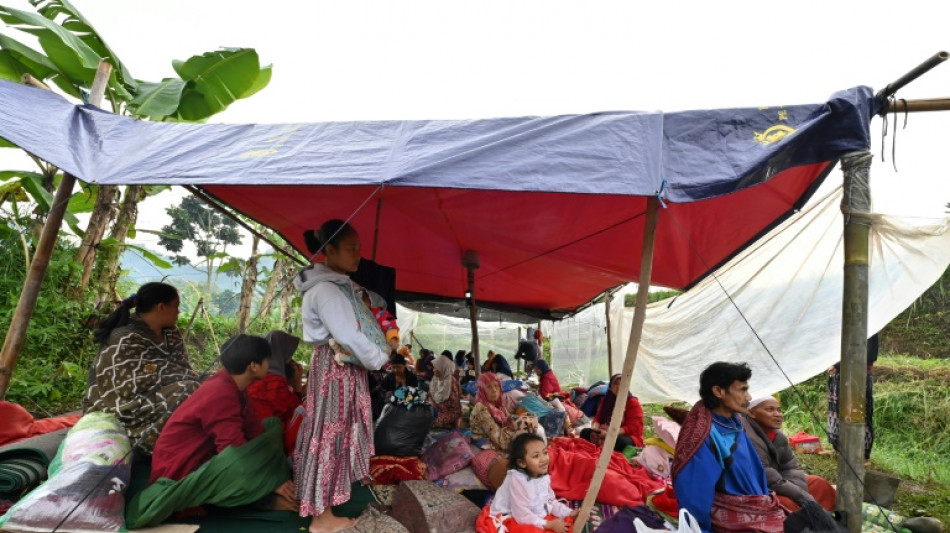 Death descended on Cianjur when an earthquake struck the central Indonesian town this week, but several new mothers also provided some joy for grief-stricken residents.

At least three babies were born in the same evacuation tent just a day after the magnitude 5.6 tremor killed 271 people, according to West Java's governor Ridwan Kamil.

The provincial official gave one of the babies her name after she was born on Tuesday evening: Gempita Shalihah Kamil.

The name Gempita was inspired by the Indonesian word for earthquake, he said, before giving her his own last name.

"Behind this disaster, and the many who passed away, Allah also gave his grace with the birth of babies who would continue this journey of human civilisation," the governor said Wednesday in an Instagram post liked nearly 300,000 times.

Indonesian media reported her birth widely because of Kamil's intervention, calling it "a gift".

A video of him holding the newborn baby, as her mother Dewi lay on the floor, accompanied Kamil's post.

Dewi said she feared for the baby's condition in her womb as she fell down when the tremor hit.

She ran to the nearest community health centre for checks.

"It was difficult to find the heartbeat. Local midwives helped to stimulate (it)," Dewi said in an interview broadcast on Kompas TV Thursday as she held her fourth child in her arms.

She took only around 30 minutes to give birth to her new daughter.

Nova Dwiyanto, a doctor from the Social Affairs Ministry, said he received reports that at least two babies were born in the tent, including one prematurely at eight months.

He said the two babies and their mothers were "in good health" after checkups.

The quake could also affect infants, even though they were safely in their mothers' wombs when it struck. A US study published in September showed that pre-natal babies during a natural disaster are at a higher risk of developing psychological and behavioural disorders.

But for these mothers whatever comes next mattered little as their births were a ray of light amid the darkness, at least for a moment.

Dewi and Kamil were shown surrounded by friends and relatives, happy despite the carnage outside.

As the governor uttered the child's name, they shouted in jubilation -- "Praise be to God!"