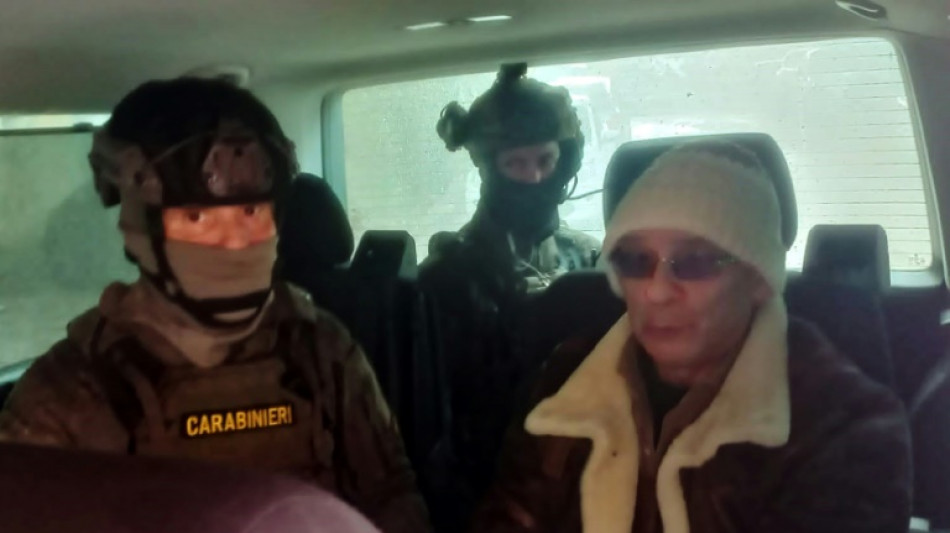 A trigger man who once reportedly boasted he could "fill a cemetery" with his victims, the 60-year-old Messina Denaro was a leading figure in Cosa Nostra, the real-life Sicilian crime syndicate depicted in the Godfather movies.

The mobster was nabbed "inside a health facility in Palermo, where he had gone for therapeutic treatment", special operations commander Pasquale Angelosanto said in a statement released by the police.

He had been in the clinic for a year, undergoing periodic treatment for colon cancer under a false name, and did not resist arrest, ANSA news agency said.

Criminology expert Anna Sergi at the University of Essex said Messina Denaro was "the last one, the most resilient one, the 'purest' Sicilian mafioso remaining".

"The secrets he is said to keep fuel conspiracies around mafia-state agreements in the 1990s," she told AFP.

"He is the essence of the great historical power of Cosa Nostra. The myths around his period on the run are part of the reason why the Mafia myth endures."

Prime Minister Giorgia Meloni said Messina Denaro was the "most significant" mafia boss and his arrest in his native Sicily was a "great victory" for the state in its war against organised crime.

A photograph released by police showed Messina Denaro in the back seat of a vehicle, wearing a cream hat, sunglasses and a brown leather jacket with a cream sheepskin lining.

Messina Denaro was arrested a day after the 30th anniversary of the arrest of Salvatore "The Beast" Riina, the Cosa Nostra boss who died in 2017.

He had been number one on Italy's most-wanted list, accused of mafia association, multiple murders and use of explosives.

Messina Denaro is suspected to have been behind the 1993 bombings in Rome, Milan and Florence that killed 10 people, just months after Cosa Nostra murdered anti-mafia judges Giovanni Falcone and Paolo Borsellino in similar attacks.

The arrest of "an extremely dangerous fugitive" was "an extraordinary day for the state", Interior Minister Matteo Piantedosi said.

In 2015, police discovered Messina Denaro was communicating with his closest collaborators via the pizzini system, where tiny, folded paper notes were left under a rock at a farm in Sicily.

Investigators spent decades searching the homes and businesses of the boss's known allies on the island.

They looked in particular for hiding places in grottoes, caverns or even bunkers inside buildings where the man nicknamed "Diabolik" could be concealed.