One dead, dozens injured at bull-taming contest in India 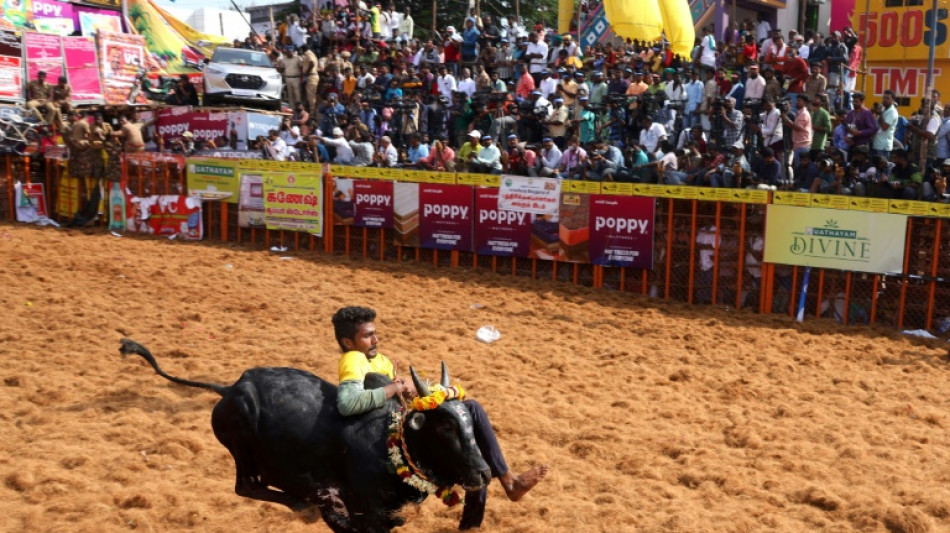 At least one person was gored to death and dozens more were injured during Jallikattu, a controversial bull-taming competition in India, officials said Monday.

The dead man, in his 20s, was a participant who succumbed to injuries inflicted during the contest in Madurai district in the southern state of Tamil Nadu.

A total of 31 people were wounded at the event, according to district police officials.

Local news outlet India Today reported Saturday that at least another 15 people had also been injured at a separate bull-taming event in neighbouring Andhra Pradesh over the weekend.

Stretching back more than 2,000 years, Jallikattu is considered one of the oldest sporting activities in the world.

The aim during bull-taming events, which mark the start of the annual winter harvest in India, is not to kill the animal.

Bulls are decorated and participants showcase their skills trying to bring the creatures to a stop or remove flags from their horns.

Over the years, scores of people including both tamers and spectators have been injured taking part.

The sport was banned by India's Supreme Court in 2014 but the Tamil Nadu state government managed to lift the restriction in 2017.

The Supreme Court's decision triggered protests across Tamil Nadu where it has had a loyal following for decades.

Activists say the sport is cruel and that the bulls are fed liquor before being released from a holding pen.