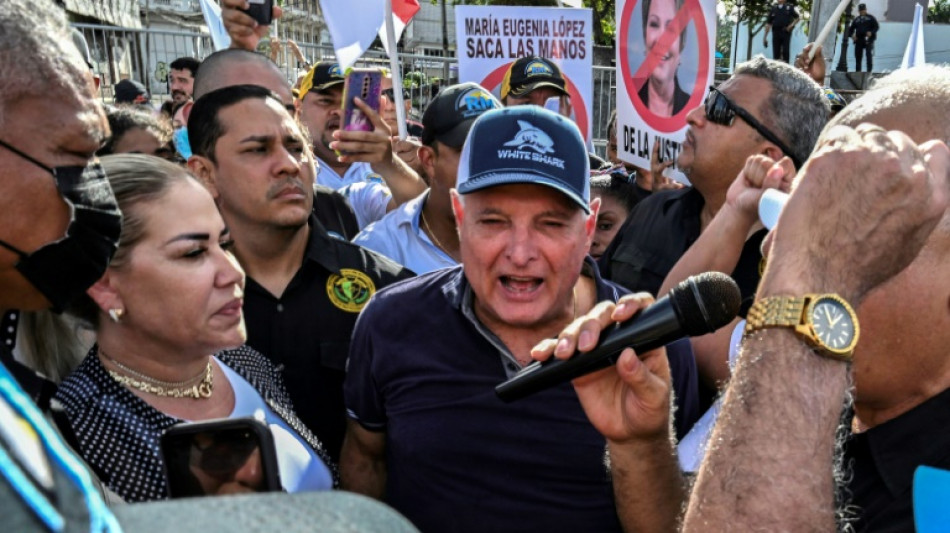 Two sons of former Panamanian President Ricardo Martinelli will be arrested upon arrival in Panama if they are deported from the United States, the judiciary said on Monday.

The two, Luis Enrique and Ricardo Martinelli Junior, will soon finish US prison sentences for money laundering and could face immediate deportation.

The two pleaded guilty last year in a New York court to helping launder $28 million in bribery payments that the Brazilian construction giant Odebrecht made to Panama, some of it through US banks.

The brothers, who hold both Panamanian and Italian citizenship, are to be released January 25, but face criminal charges -- along with their father -- for money laundering and graft in Panama as well.

Their defense attorney, Carlos Carrillo, told AFP that the two brothers had paid $14 million in bond to the Panamanian judiciary to remain free while their cases work their way through the judicial system.

Nonetheless, the judiciary said in its statement that "it is not viable to nullify the arrest warrant" against the brothers.

Attorney General Javier Caraballo said he expects that US authorities will deport the two brothers to Panama to face justice over the corruption charges.

Odebrecht admitted in 2016 that it and affiliated entities had paid $788 million in bribes in efforts between 2001 and 2016 to win contracts for some 100 projects in Panama and 11 other countries. It agreed to pay US authorities $3.5 billion in penalties.

Martinelli, 70, who governed Panama 2009 to 2014, seeks to run for his nation's presidency again in 2024 even though a Panama court has summoned him to stand trial on money laundering charges as well.