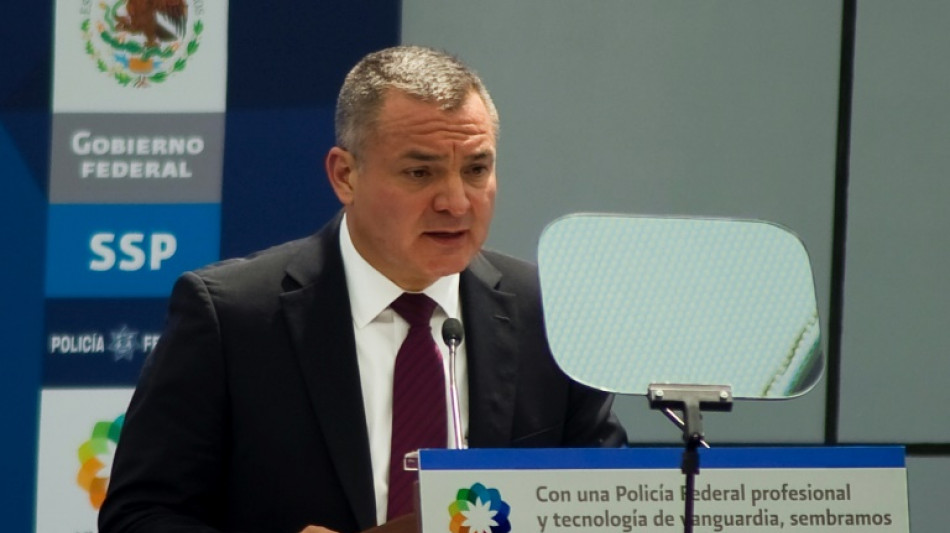 A former Mexican government minister who oversaw his country's war on drug trafficking sat in a New York court Tuesday as jury selection got underway in his narcotics smuggling trial.

Genaro Garcia Luna is accused of taking huge bribes to allow the notorious Sinaloa cartel to smuggle cocaine when he was public security minister during Felipe Calderon's 2006-2012 presidency.

The 54-year-old, wearing a dark blue suit and white shirt, looked on in Brooklyn federal court as lawyers began choosing the 12 jurors who will determine his fate in a trial expected to last eight weeks.

Garcia Luna has pleaded not guilty to five counts that carry possible sentences of between 10 years and life in prison.

US prosecutors accuse him of accepting millions of dollars in bribes to look the other way as drug lord Joaquin "El Chapo" Guzman's cartel shipped tons of drugs into the United States between 2001 and 2012.

Guzman is currently serving a life sentence in the United States after being convicted by a jury in Brooklyn in 2019.

The US government alleges that Garcia Luna became a member of Sinaloa around January 2001 when he was working in police intelligence.

Prosecutors say that in exchange for millions of dollars, he agreed not to interfere with drug shipments, tipped off traffickers about law enforcement operations, targeted rival cartel members for arrest and placed other corrupt officials in positions of power.

A former Sinaloa member said at Guzman's trial that he had delivered suitcases containing at least $6 million in cash to Garcia Luna at a restaurant in 2005, 2006 and 2007.

Then, under Calderon, who launched a crackdown on Mexico's drug gangs during his six-year presidency, Garcia Luna was public security minister, with control of the federal police.

Garcia Luna's defense team has indicated that they will argue that their client was actually helping the US Drug Enforcement Administration (DEA).

Attorney Cesar de Castro has asked the judge to be allowed to present evidence that Garcia Luna had meetings with US government officials and received "commendations and awards... for his efforts combating the Mexican drug cartels."

Cuban-Mexican investigative journalist Peniley Ramirez, who has written a book and made a podcast about Garcia Luna, says "not enough has been said about how much the DEA knew" about his alleged activities.

"Why did the US government continue to trust him and for so many years despite the fact that there were many clues that something was wrong?" she told AFP.

Ramirez thinks the fact Garcia Luna moved to Miami in 2012 after Calderon left office shows "he had reason to believe that nothing was ever going to happen to him."

Garcia Luna was detained in Texas in December 2019. He is also accused of lying when he applied for US citizenship in 2018.