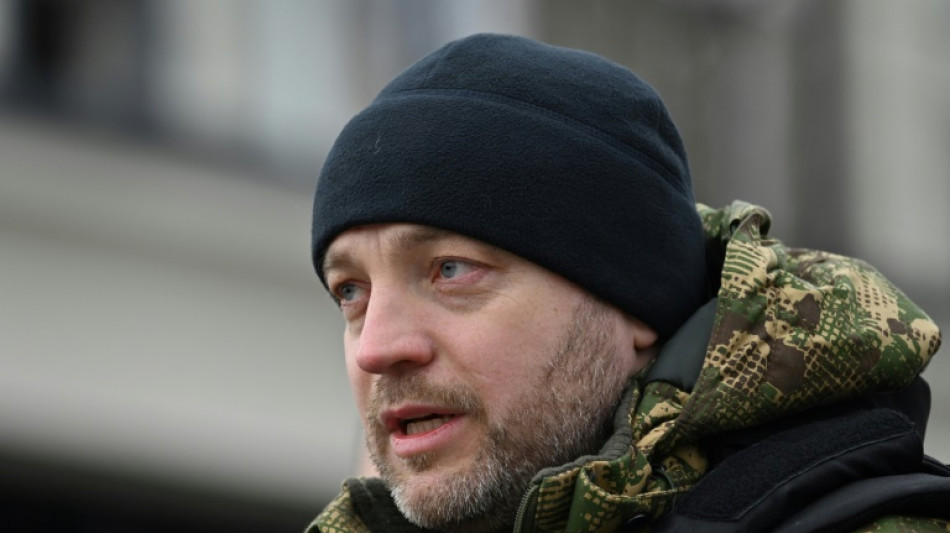 Ukrainian Interior Minister Denys Monastyrsky, who died in a shock helicopter crash outside Kyiv Wednesday, was a deeply respected politician with a readiness to venture near frontlines.

The 42-year-old trained lawyer was one of nine people on board a state emergency services helicopter when it crashed near a kindergarten and residential block in a commuter town near the Ukrainian capital.

Monastyrsky, who took up his post in 2021, was among an emerging generation of politicians in Ukraine, and is the highest-ranking official to die following Russia's invasion launched in February last year.

He was killed alongside his deputy, Yevgeniy Yenin, and other key interior ministry officials in the crash that claimed more than a dozen lives.

Interior ministers in Ukraine often draw criticism for systemic corruption and abuse of power, but news of Monastyrsky's death spurred praise for his work, including from his political opponents.

"No matter how much we argued in the committee, Denys was always honest and decent, calm and smiling. He would try to help get good things passed," Oleksandra Ustinova, a member of parliament from a rival party said on social media.

- 'A chance to change something' -

"I was sincerely glad to see him appointed as minister, because for the first time we had a normal interior minister and a chance to change something," she wrote.

Monastyrsky was born in the city of Khmelnytskyi in western Ukraine when it was still part of the Soviet Union. He taught and then practiced law there before turning to politics.

He was elected to parliament in 2019 and two years later -- several months before the start of the invasion -- was appointed interior minister replacing his influential but scandal-ridden predecessor Arsen Avakov.

Following news of his minister's death, Ukrainian President Volodymyr Zelensky described Monastyrsky and those killed in his team as "true patriots".

The interior minister was involved in September in the largest exchange of prisoners of war with Russia, in which Kyiv recovered 215 servicemen.

He helped secure the release of senior military figures who spearheaded the defence of Azovstal, the sprawling steelworks in Mariupol which Russian forces besieged for weeks before capturing.

Monastyrsky appeared smiling in images released following the exchange, greeting Ukrainian servicemen in Turkey where they were transferred after long negotiations.

Several days before Russian forces flooded over Ukraine's borders, an AFP team was embedded with Monastyrsky in the battle-scarred Donetsk region of eastern Ukraine.

Mortars began raining down near Bakhmut -- now the epicentre of the nearly year-long invasion -- forcing him to run half-crouched to find shelter.

"We are ready for any scenario at any time," Monastyrsky -- wearing a helmet and bulletproof vest -- had told journalists minutes earlier.

"He was the first interior minister for whom the highest value was the people and their rights. If I had to single out one of his traits, I would single out humanity," said Deputy Defence Minister Ganna Malyar.

"He brought it into the system as soon as he could."