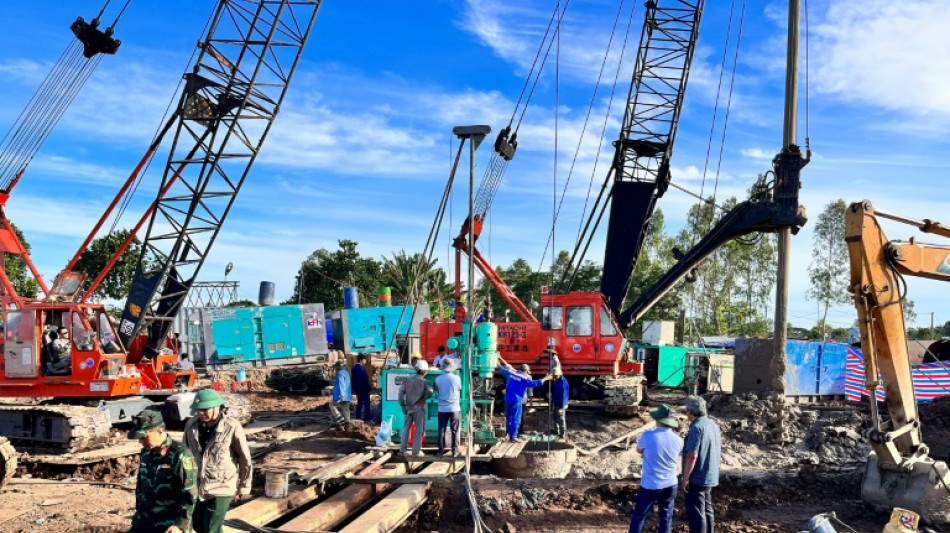 Rescuers in Vietnam have pulled the body of a 10-year-old boy from a hollow concrete pillar at a construction site, weeks after he became trapped, state media said Friday.

Thai Ly Hao Nam fell into the 25-centimetre-wide (12-inch) shaft of the pillar -- sunk 35 metres (115 feet) as part of a new bridge -- apparently while looking for scrap metal on December 31.

Hundreds of rescuers, including soldiers and engineering experts, were deployed to the site in Dong Thap province in the Mekong Delta.

Four days after the fall, authorities declared Nam dead, saying retrieving his body would be a "very difficult task".

Early Friday the boy was brought to ground after rescuers went to a depth of 25 metres and then used specialised equipment to bring him up, the VNExpress news site said.

"The rescue lasted a very long time. As there was soil surrounding the pillar... the boy's body was intact," vice chairman of provincial committee Doan Tan Buu said Friday.

The boy's body has been returned to the family for burial.

Collecting scrap metal is a common way for poor people to earn their living, though the work is usually done by women.

Zehnjähriger lässt sich in Waffenschrank in B...