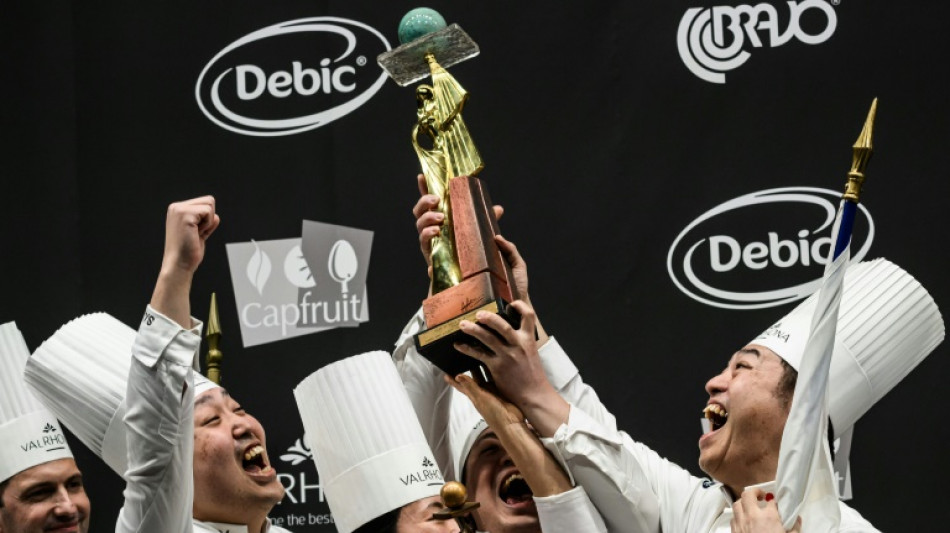 Japan scored their third win Saturday in the World Pastry Cup, seeing off France and Italy, at Sirha, the plum event for catering and hotel professionals.

The Japanese added to triumphs in 1989 and 2007 in coming through a two-day contest near Lyon against 17 teams from around the globe all comprising a chocolate maker, a sugar expert and a master ice cream maker.

Feted French pastry chef and chocolatier Pierre Herme saluted the winning entrants for their "attention to detail, perseverance, commitment" in producing a dessert on the theme of wind and lightness at Chassieu, outside Lyon in eastern France.

"The level of competition rises with every edition, as witnessed by such very close results," said Herme.

Yann Brys, for the French runners-up, said he was disappointed.

"It's not the result we wanted -- placing second is always tough but it's a good showing nonetheless," he said.

Canada won a special eco-friendly prize for producing an entry without any colouring or additives on a theme of climate change.

Zehnjähriger lässt sich in Waffenschrank in B...