Deutsche Tageszeitung - Sons of Panama ex-president released from US jail

Sons of Panama ex-president released from US jail 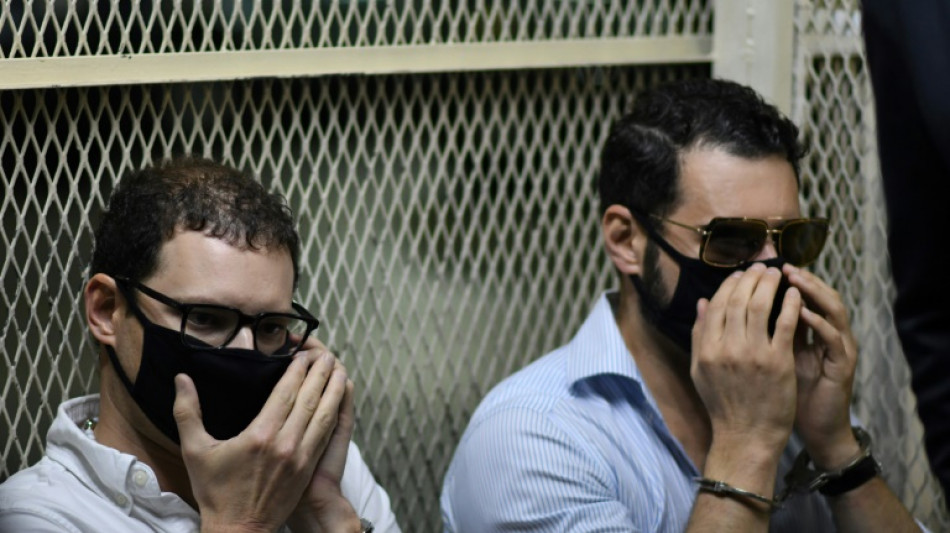 Sons of Panama ex-president released from US jail / Foto: © AFP

Luis Enrique and Ricardo Martinelli were released slightly ahead of completing their three-year terms because of good behavior, a spokesperson for the federal Bureau of Prisons told AFP.

The brothers admitted receiving $28 million in bribes from the disgraced construction group, of which $19 million had passed through US accounts.

They pleaded guilty in December 2021 after being extradited from Guatemala to the United States.

In May last year, they were sentenced to three years behind bars. They served two and a half years in total, including time already spent in detention in Guatemala and the United States before their conviction.

A judicial official, speaking on condition of anonymity, told AFP that the men would be sent back to Panama following their release from a prison in Allenwood, Pennsylvania.

They are likely to be arrested in Panama where they -- along with their father -- face criminal charges of money laundering and graft.

Their defense attorney, Carlos Carrillo, told AFP that the two brothers had paid $14 million in bond to the Panamanian judiciary to remain free while their cases work their way through the courts.

Odebrecht admitted in 2016 that it and affiliated entities had paid $788 million in bribes in efforts between 2001 and 2016 to win contracts for some 100 projects in Panama and 11 other countries. It agreed to pay US authorities $3.5 billion in penalties.

Martinelli, 70, who governed Panama from 2009 to 2014, seeks to run for his nation's presidency again in 2024 even though he has been summoned to stand trial on money laundering charges.