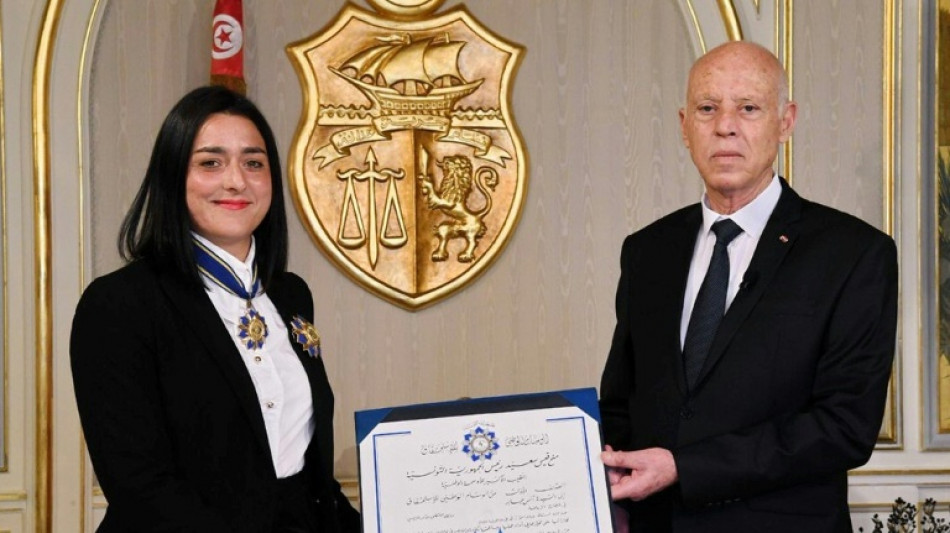 The 27-year-old Jabeur, defeated in the Wimbledon final by Russian-born Elena Rybakina last weekend, was awarded the country's Great Medal of the National Order of Merit.

Saied hailed Jabeur for raising "high the country's flag in international sporting events" and described her as "the ambassador of Tunisia".

"Congratulations for this success and future successes."

Jabeur, nicknamed "Minister of Happiness" by fans in Tunisia, said she hoped to inspire other Arab and African players to succeed at tennis.

"We want to give more hope to the young people who watch us. We hope to continue this momentum. We are proud to be Tunisians and we will continue with this success story," she said.