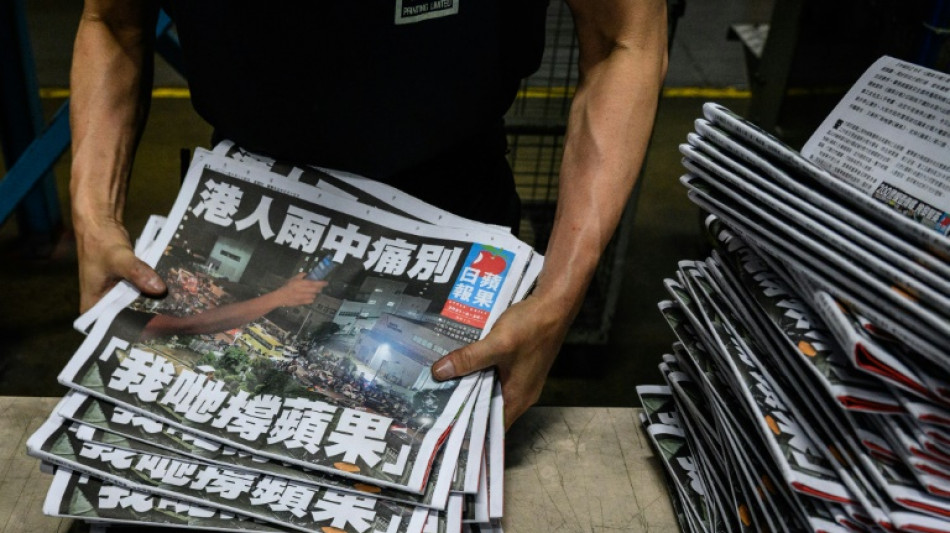 Six senior staffers from Hong Kong's shuttered pro-democracy tabloid Apple Daily pleaded guilty to colluding with foreign forces on Tuesday, and could face a maximum sentence of life in prison.

Their convictions were part of a landmark case in which the city's sweeping national security law, imposed by Beijing in 2020 to crush dissent, was used against a news organisation and its staff for the first time.

Apple Daily was scathing in its criticism of the Chinese government for years, and backed the pro-democracy protests that shook Hong Kong in 2019.

It collapsed last year after its funds were frozen and many senior staffers -- including founder Jimmy Lai -- were charged with national security violations.

The prosecution accused them of using Apple Daily to spread content that solicited foreign sanctions against China, presenting as evidence more than 160 articles it had published since April 2019.

The national security law that criminalised foreign collusion did not come into force until June 30, 2020.

Prosecutors shelved sedition charges, in exchange for the defendants pleading guilty to collusion, which carries a maximum punishment of life in prison.

The six have been in pre-trial custody for almost a year and a half, and will not be sentenced until the conclusion of the trial of Lai and three Apple Daily companies.

A lead prosecutor told the court that some of the six would give evidence in that trial.

Lai and the firms have pleaded not guilty. Their trial is due to begin in December.

Hong Kong steadily dropped in press freedom rankings after its 1997 handover to China, but that slide accelerated dramatically after Beijing launched its crackdown against dissent after the 2019 protests.