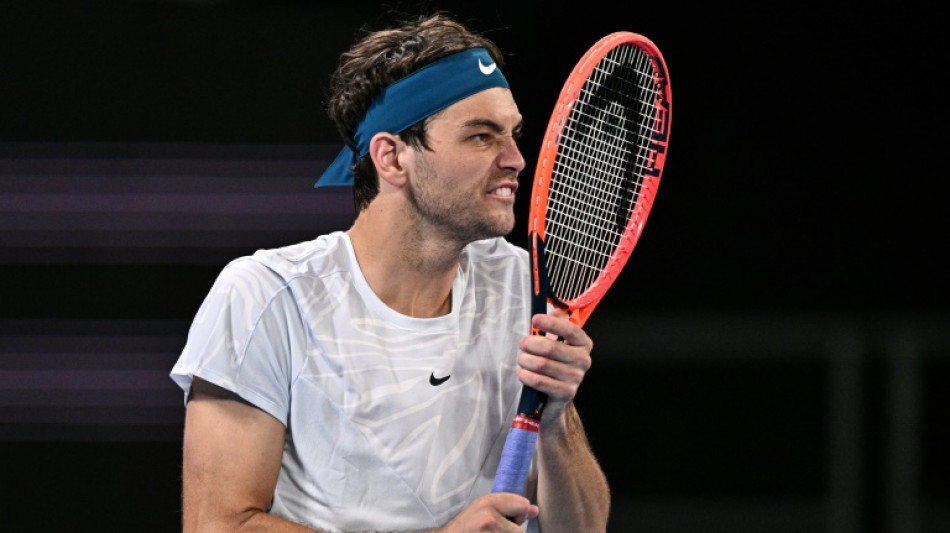 American Taylor Fritz dispelled any notion of a "Netflix curse" at the Australian Open on Tuesday, even as it claimed another high-profile victim.

Nick Kyrgios, Paula Badosa and Ajla Tomljanovic all pulled out of the Grand Slam with injury -- all three are featured in the new Netflix documentary series "Break Point".

So too does Italy's 13th seed Matteo Berrettini, who promptly lost to British veteran Andy Murray in the first round in Melbourne on Tuesday.

But Fritz, who is also in the fly-on-the-wall series, defeated Nikoloz Basilashvili of Georgia and afterwards dismissed any light-hearted social media talk of a supposed curse.

"I noticed the people pulling out of the tournament but I didn't know it was a thing," said the 25-year-old.

"I'm not going to lose my first-round match because I'm in the Netflix show, so I didn't think about that."

Fritz defeated Basilashvili 6-4, 6-2, 4-6, 7-5 and faces either Australian Alexei Popyrin or Taiwan's Tseng Chun-hsin in round two.

Ons Jabeur and Aryna Sabalenka are also in "Break Point" -- and also won on Tuesday.