Deutsche Tageszeitung - US actor Spacey given film award in Italy

US actor Spacey given film award in Italy 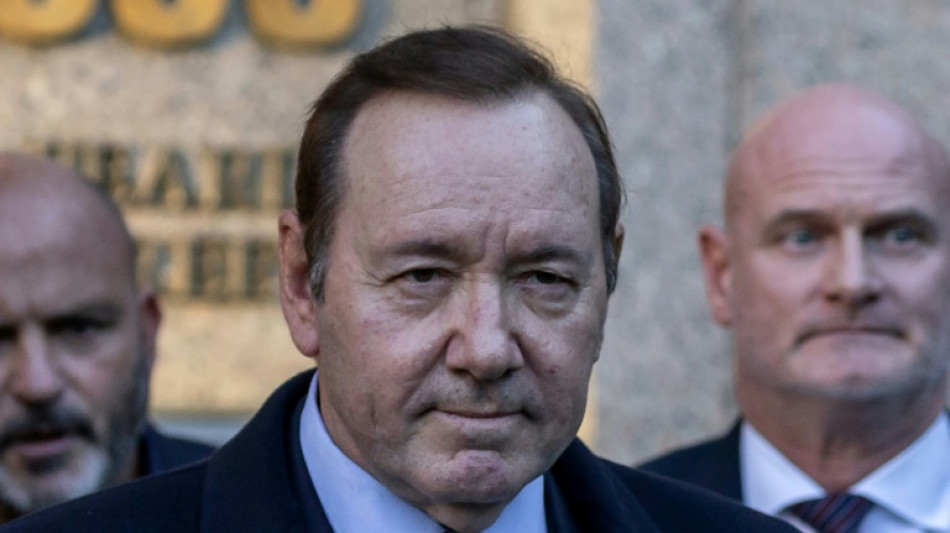 US actor Spacey given film award in Italy / Foto: © AFP

Italy's National Cinema Museum has given Oscar-winning Hollywood actor Kevin Spacey an award, it emerged Tuesday, just days after he appeared in court in Britain accused of sexual assault.

Accepting the award on Monday in Turin, the 63-year-old thanked the museum "for having had 'le palle' (the balls) to invite me tonight", according to Deadline and Variety reports.

The museum, which also organised a masterclass with Spacey, hailed the actor as "unquestionably among the most talented and acclaimed actors of his generation".

Its "Stella della Mole" award was given to Spacey -- the star of Oscar-winning film "American Beauty" and drama series "House of Cards" -- for his contribution to filmmaking by junior culture minister Vittorio Sgarbi.

Spacey on Friday appeared via videolink in a court in London to deny charges of committing seven new sexual offences against a man in Britain in the early 2000s.

His stellar career has been halted by large numbers of allegations of sexual offences although he has not been convicted.

The actor was slapped with the fresh charges involving one man in November, taking the total number of charges he faces in the UK to 12.

Last summer he appeared at London's Old Bailey court to plead not guilty to five charges of similar sexual offences against three other men.

Now on unconditional bail, Spacey will face a four-week trial in London, starting June 6, which will consider all the charges.