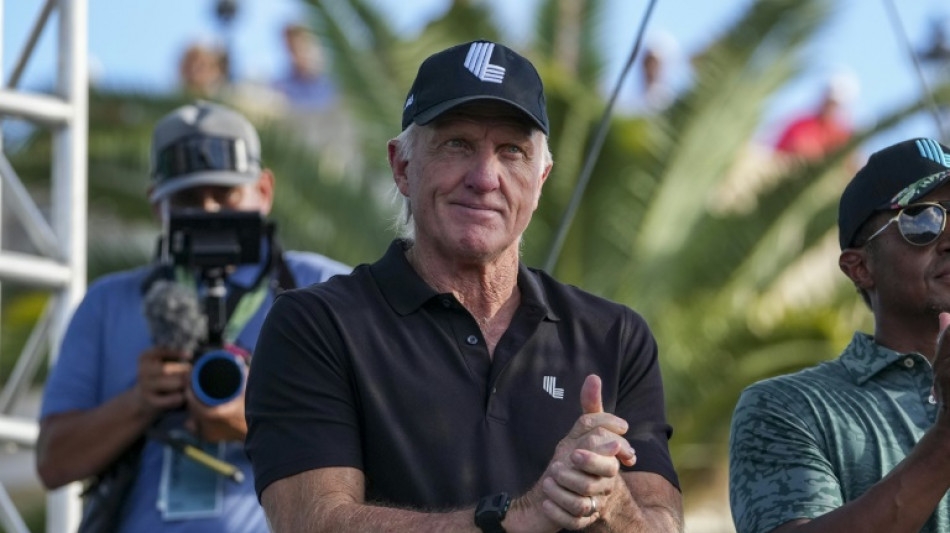 The Saudi-backed LIV Golf tour announced its first broadcast deal in the United States on Thursday, penning a 'multi-year' agreement with The CW Network, the tour said in a statement.

LIV's debut season in 2022 did not have a broadcast partner in the US with tournaments only being shown on their own website and You Tube channel.

While the deal is not with one of the top networks for live sport in the US, securing a television deal in the States was one of the prime goals for the tour which has signed up a number of top players but has faced criticism from human rights campaigners and legal battles with the PGA Tour.

"This is a momentous day for LIV Golf as this partnership is about more than just media rights. The CW will provide accessibility for our fans and maximum exposure for our athletes and partners as their reach includes more than 120 million households across the United States,” said LIV CEO Greg Norman.

"We’re very proud to note how consequential it is that a league that has only existed for one year has secured a full broadcast deal in its debut full league season."

The CW is 75% owned by Nexstar Media Group, which owns a host of local channels across the United States, but the channel is not known for showing live sports.

"For The CW, our partnership with LIV Golf marks a significant milestone in our goal to re-engineer the network with quality, diversified programming for our viewers, advertisers and CW affiliates. This also marks the first time in The CW's 17-year history that the network is the exclusive broadcast home for live mainstream sports," said Dennis Miller, President, The CW Network.

Under the deal, Saturday and Sunday action will broadcast live on television and The CW App with the Friday opening round only on the app.

Unlike the established PGA Tour's tournaments, which are four day 72 hole competitions, LIV plays over three days and 54 holes with a shotgun start.

LIV's 2023 season will include 14 tournaments with those announced including venues in the United States, Mexico, Australia, Spain and Singapore.

They departed the PGA Tour with record prize money being offered by the rival series.

There are a series of legal battles in the United States between the LIV Tour and the PGA Tour.

Last month, Augusta National said that LIV players will be able to compete in this year's Masters after deciding the event will keep "current criteria" for 2023 entrants.