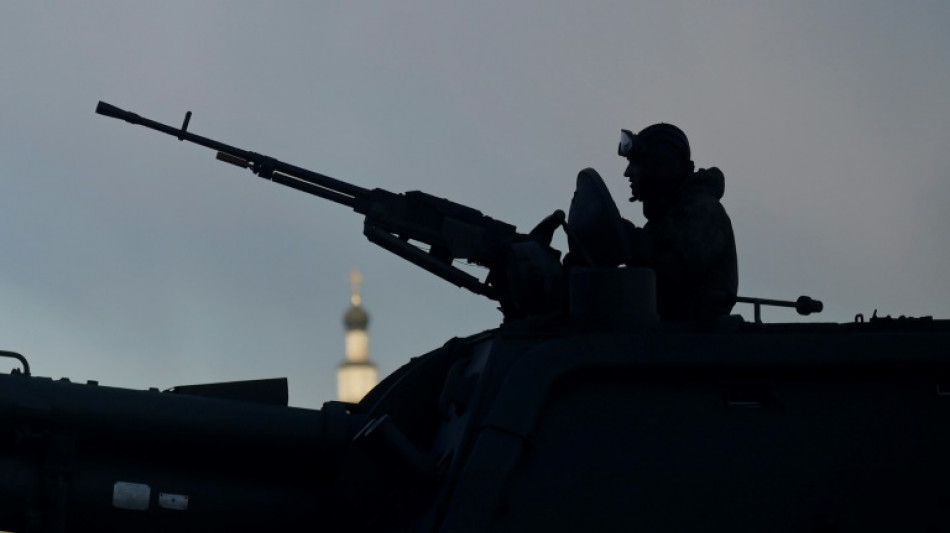 Russia on Saturday held its final rehearsal for an annual parade marking the Soviet victory in World War II, where its military might will be showcased amid Moscow's campaign in Ukraine.

To mark the 77th anniversary since victory in what Russia calls the Great Patriotic War, thousands of soldiers will march across the Red Square in Moscow followed by tanks, armoured vehicles and missile launchers.

Monday's Victory Day parade comes on the third month of Russia's "military operation" in Ukraine despite predictions of a swift victory.

Troops who participated in the operation took part in Saturday's practice, indicating that they'll participate in Monday's parade, the state TASS agency reported.

The parade became an annual event after the collapse of the Soviet Union in 1991 and has gained prominence during President Vladimir Putin's two decades in power as a display of military muscle.

Like every year, Putin is expected to deliver a speech at the parade. Some Western officials say he may declare all-out war on Ukraine or announce mobilisation across the country.

The Kremlin has dismissed this as "nonsense".

Since sending troops into Ukraine on February 24, Russia has said it is carrying out a "special military operation" to "de-Nazify" the country.

The term is loaded in Russia, the successor of the Soviet Union, which lost 20 million people in the war against Nazi Germany.

According to Russia's defence ministry, 77 aircraft will participate in the flypast, including the rarely-seen Il-80 Doomsday plane that is capable of withstanding a nuclear attack.

On the ground, Russia will be displaying its nuclear-capable hardware, including the Yars intercontinental nuclear missiles and Iskander short-range ballistic missile systems.

The Kremlin said no foreign leaders were invited to attend the parade as it was "not a jubilee year".

Also on May 9, parades take place on a smaller scale in dozens of cities across the nation as well as the so-called "Immortal Regiment" march, which involves people carrying photos of veterans or family members who died in the war.

This year, participants of the processions are also encouraged to bring photos of those who died fighting in Ukraine.