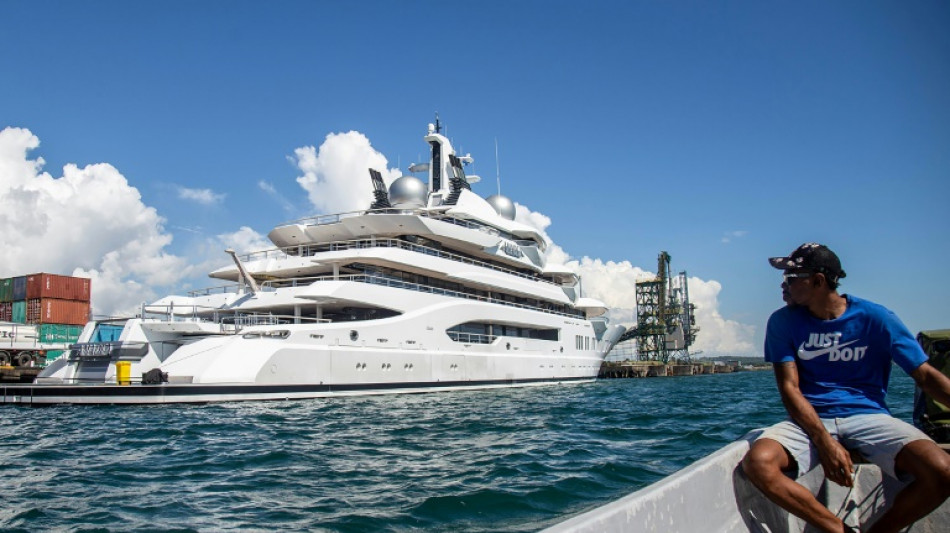 A Fiji court has suspended the execution of a US warrant to seize a $300 million superyacht Washington claims is owned by sanctioned Russian oligarch Suleiman Kerimov, prosecutors said.

The 348-foot (106-metre) Amadea has been targeted because Kerimov is among a group of oligarchs close to Moscow who have been santioned by the United States over Russia's invasion of Ukraine.

The yacht remains in Fiji police custody and is blocked from leaving the Pacific nation's waters despite the warrant suspension, prosecutors said.

The luxurious Amadea -- which has a helipad, pool, jacuzzi and "winter garden" on its sun deck, according to tracking website superyachtfan.com -- has been berthed in Lautoka, Fiji in the South Pacific since mid-April.

Last week, Fijian law enforcement, backed by US agents, took control of the superyacht under the warrant, which was lodged with the island state's High Court.

The US Justice Department requested the vessel, which it has estimated to be valued at $300 million, be seized for violating sanctions and for alleged ties to corruption.

But the company officially registered as the Amadea's owner, Millemarin Investment, on Friday obtained a temporary stay on the US warrant's execution from the Court of Appeal, Fiji prosecutors said.

The Court of Appeal "granted an interim stay on the execution of the warrant", a spokeswoman for Fiji's office of the director of public prosecutions told AFP Monday.

The case is scheduled to return to court on Thursday and the US warrant remains officially registered with the Fiji courts, she said.

"The yacht has been further restrained from leaving the Fiji waters until further notice," she added.

"It is in Fiji police custody at this point."

The United States says Kerimov, who has made a fortune as part-owner of major Russian energy and financial companies, including Gazprom and Sberbank, is also an official of the Russian government.

In a publicly released copy of the warrant, the section listing various reasons to believe Kerimov is the yacht's true, beneficial owner was partly blacked out.

The warrant said ownership was transferred to Millemarin Investment in August 2021.