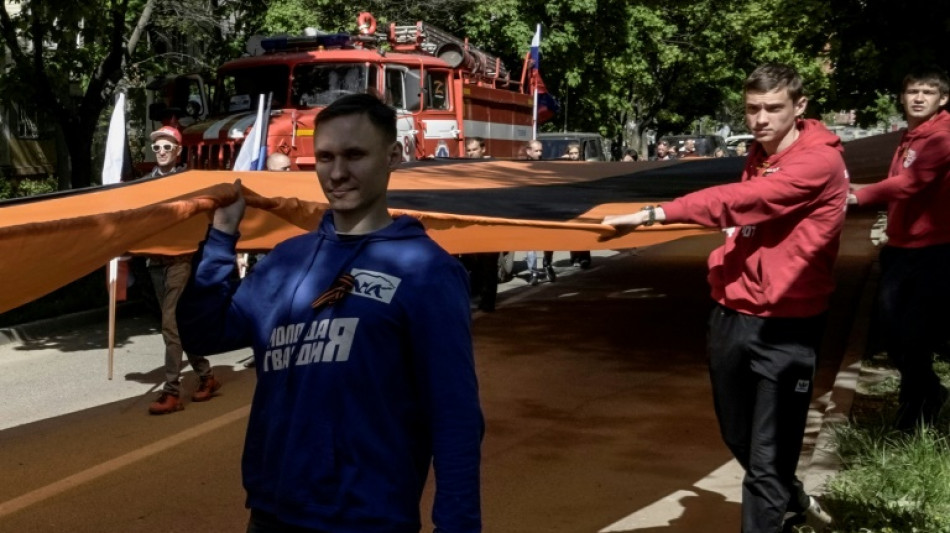 A giant black and orange ribbon was carried Monday through Mariupol, a strategic Ukrainian port city seized by Russian troops last month, to mark Soviet victory over Nazi Germany in 1945.

The ribbon of Saint George -- a symbol of WWII celebrations in Russia, especially on Victory Day on May 9 -- was displayed in the city that has seen some of the heaviest fighting since Moscow sent troops into Ukraine on February 24.

"For eight long years the inhabitants of this city could not wear this symbol of courage and military glory of soldiers-liberators," he said on Telegram, claiming that it was "banned by the Kyiv regime".

Russian troops besieged Mariupol for several weeks and hundreds are believed to have died in the southeastern Ukrainian city that was left without access to food, water or electricity.

In late April, Moscow said it had taken control of the city, except for the huge Azovstal steel plant where the remaining Ukrainian forces are holed up.

The Kremlin said last week that there were no Victory Day celebrations planned in the battered city.