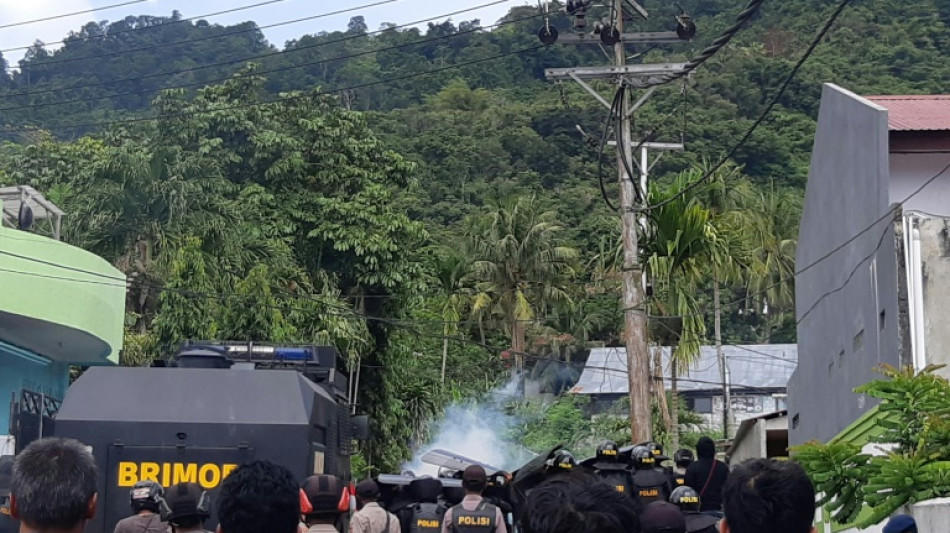 Indonesian police used water cannon against protesters in the province of Papua on Tuesday, after thousands came out to oppose plans to for a major redistricting in the restive region.

Jakarta announced last year it was considering making six new provinces in the region, home to a decades-old rebel insurgency.

It said the shake-up would accelerate development and make it easier to govern, but many Papuans fumed that they were not consulted, and the move would tighten the capital's control over the mineral-rich region.

In March, two people were killed and several others injured when a protest against the plan turned violent in Papua's Yahukimo district.

On Tuesday, thousands gathered in several locations near the provincial capital Jayapura to reject the plan, with similar protests in other parts of the country.

"The students were blocking the road which was disturbing the public and the officers opened the blockade. At that time we did use water canon to disperse the mass," he said.

More than 1,000 police officers were sent to the protests in Papua.

At least one person -- identified only as JW -- was arrested, for allegedly spreading provocation and fake news ahead of the protest.

Local media reported that it was Papuan activist Jefry Wenda.

"He was arrested for spreading fake and provocative news which he spread through social media prior to the demonstration," Handoko said.

Papua's ongoing insurgency aims to gain independence from Indonesia, which took control of the former Dutch colony in the 1960s.

In 2019, at least 20 died in neighbouring West Papua province during a clash between security forces and protesters following days of violent unrest to protest against racism towards Papuan students in the country's second-biggest city, Surabaya.