Putin ready for long war beyond Donbas: US intelligence chief 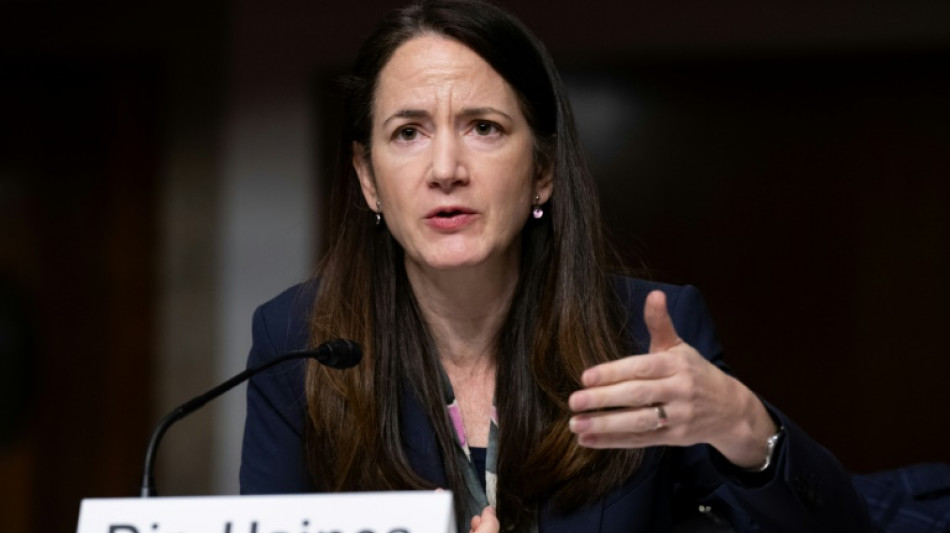 President Vladimir Putin will not end the Ukraine war with the Donbas campaign and is determined to build a land bridge to Russian-controlled territory in Moldova, US Director of National Intelligence Avril Haines said Tuesday.

US intelligence also views it increasingly likely that Putin will mobilize his entire country, including ordering martial law, and is counting on his perseverance to wear down Western support for Ukraine.

"We assess President Putin is preparing for prolonged conflict in Ukraine during which he still intends to achieve goals beyond the Donbas," Haines said.

US intelligence thinks Putin's decision to concentrate Russian forces in the eastern Donbas region is "only a temporary shift" after their failure to capture Kyiv in the north.

"We... see indications that the Russian military wants to extend the land bridge to Transnistria," Haines said, referring to the Moscow-backed separatist region of Moldova along Ukraine's southwest border.

However, she said the current Russian force is not large or strong enough to capture and hold all that territory without a more general mobilization of troops and resources from Russian society.

The Russia leader "faces a mismatch between his ambitions and Russia's current conventional military capabilities," she said.

That "likely means the next few months could see us moving along a more unpredictable and potentially escalatory trajectory," she said.

"The current trend increases the likelihood that President Putin will turn to more drastic means, including imposing martial law, reorienting industrial production, or potentially escalatory military options to free up the resources needed to achieve his objectives," Haines told the panel.

Russian forces will put more efforts into interrupting Western military supplies for Ukraine, and Moscow could attempt to retaliate for economic sanctions.

She said that the Russian leader is counting on being able to outlast Western support for Ukraine as the war drags on.

"Putin most likely also judges that Russia has a greater ability and willingness to endure challenges than his adversaries, and he is probably counting on US and EU resolve to weaken as food shortages, inflation and energy prices get worse," Haines said.

In the same hearing, US Defense Intelligence Agency Director Lt. Gen. Scott Berrier characterized the current fighting, with both forces facing down along a long front in the Donbas region, as "a bit of a stalemate."

He said that could change if Moscow formally declares war and orders a general military mobilization to boost the size of its forces.

"If Russia doesn't declare war and mobilize, the stalemate is going to last for a while and I don't see a breakout on either side," Berrier said.

"If they do mobilize and they do declare war, that will bring thousands more soldiers to the fight, and even though they may not be as well-trained and competent, they will still bring mass and a lot more ammunition," he said.

Haines, who oversees the entire US intelligence community, including the CIA and National Security Agency, said they do not believe the Russia leader is prepared to escalate the conflict by deploying nuclear weapons.

Putin uses nuclear "rhetoric" to scare the West from backing Ukraine, according to Haines.

As he perceives the West as ignoring those threats, she said Russia could step up the rhetoric by launching a new nuclear forces exercise involving the dispersal of his land, air and submarine nuclear threats.

Nevertheless, Haines said US intelligence believes Putin would only approve the use of even smaller "tactical" nuclear weapons if Russia itself was under "existential threat."

She said Moscow would escalate its signaling to make clear at what point it was ready to use a nuclear weapon.