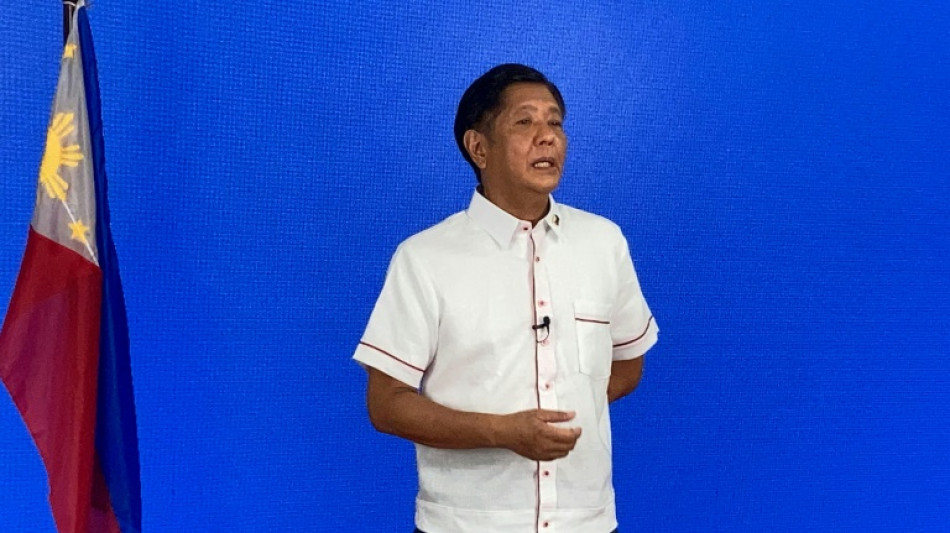 The son of the late Philippines dictator Ferdinand Marcos on Wednesday claimed victory in the presidential election, vowing to be a leader "for all Filipinos", his spokesman said.

With an initial count almost complete, Ferdinand Marcos Jr, popularly known as "Bongbong", has secured over 56 percent of the vote and more than double the tally of his nearest rival, liberal Leni Robredo.

The win is an astonishing reversal in the fortunes of the Marcos family, who have gone from the presidential palace to pariahs and back again in the space of a few decades.

"To the world, he says: Judge me not by my ancestors, but by my actions," spokesman Vic Rodriguez said in a statement.

Voters had been predicted to back Marcos by a landslide in Monday's election, boosted by online whitewashing of the family's past, the backing of powerful political dynasties and public disenchantment with post-dictatorship governments.

For years pro-Marcos accounts have flooded social media, leaving many young Facebook-educated Filipinos believing his father's rule was a golden period of peace and prosperity.

In reality, Marcos senior left the Philippines bankrupt, and killed, tortured and jailed tens of thousands of opponents during his corrupt dictatorship.

Hours after his thumping victory Marcos Jr visited his father's grave at the national heroes' cemetery in Manila.

Photos posted on official Marcos social media accounts on Wednesday showed him standing before the oversized tomb with his head slightly bowed and covering his eyes with his right hand, as if crying.

"This is a victory for all Filipinos, and for democracy," Rodriguez said in the statement.

"To those who voted for Bongbong, and those who did not, it is his promise to be a President for all Filipinos. To seek common ground across political divides, and to work together to unite the nation."

The Marcos family's astounding journey from ignominy back to political favour has overshadowed questions about what Marcos' administration would do.

There were few hints on the campaign trail after Marcos snubbed televised debates and largely avoided media interviews as he sought to avoid own goals.

Rights groups, Catholic church leaders and political analysts fear the huge win could embolden Marcos to rule with a heavy fist and push through constitutional changes that could entrench his rule.

Marcos's running mate Sara Duterte, the daughter of the outgoing president, also won the vice presidency, which is elected separately, in a landslide.

Robredo, a 57-year-old lawyer and the current vice president, has admitted "clear disappointment" about the result but vowed to continue the fight against poor governance.

Marcos will have to contend with this opposition that could congeal into a potent pro-democracy movement.

"I think they could still be in a position to check the worst instincts of the incoming Marcos and Duterte administration," said political analyst Richard Heydarian.