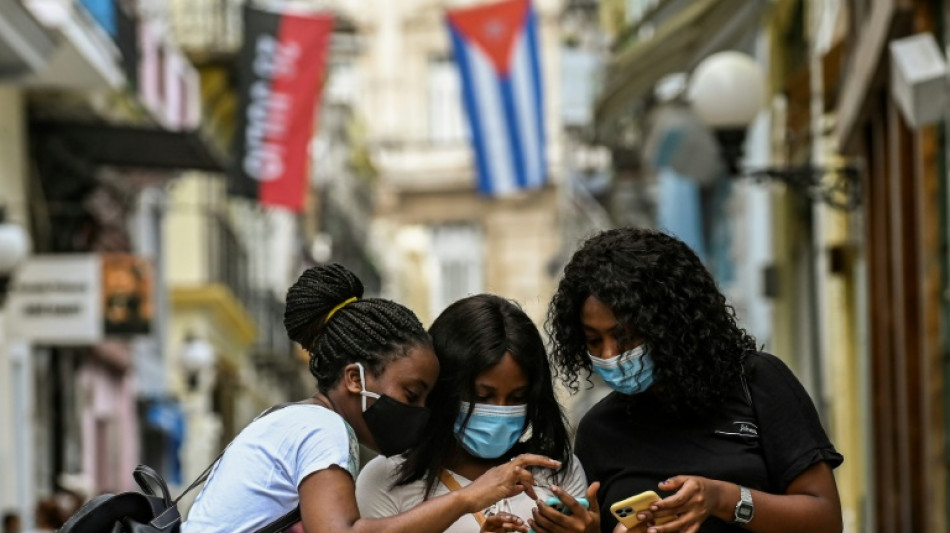 Ten months after unprecedented anti-government protests rocked Cuba, the government is pushing through a penal reform opponents say is designed to pre-emptively quell any future displays of growing public discontent.

The new code, set to be approved at an extraordinary session of parliament Saturday, will criminalize "propaganda" spreading and foreign funding for activities that threaten the "security of the state."

Also punishable by up to two years in prison will be demonstrations by one or more people "in breach of provisions."

To "protect the political and state socialist system from all actions and activities that are committed against the constitutional order and with the purpose of creating a climate of social instability and a state of ungovernability," states the draft published on the website of the public prosecutor's office.

The penal code reform is part of a slew of laws that need to be passed to give execution to Cuba's new constitution, approved in 2019.

But unlike other draft laws -- including a new family code that will legalize same-sex marriage and surrogacy -- there was no public consultation, and there will be no referendum.

"It is striking that... this new body of legislation was drafted in secret," Rene Gomez Manzano, a 77-year-old lawyer, former political prisoner and dissident activist, told AFP.

With the code, "the regime is turning the screw, intensifying the repression of citizens," said Gomez, who heads a body of dissident Cuban lawyers.

The code creates 37 brand new offenses related to the use of "telecommunications, information and communication technologies."

This is an apparent response to the arrival of the mobile internet on the island in 2018, which has revolutionized the way people express discontent and organize themselves in a one-party state known for its dislike of dissent.

Last July, thousands of Cubans spontaneously spilled into the streets of numerous cities and towns, demanding "freedom" and denouncing their plight as the country reeled from its worst economic crisis in nearly three decades.

Such a mass public outpouring of dissent had never been seen in the 60 years since Fidel Castro's revolution.

The response by security forces left one person dead, dozens injured and more than 1,300 people detained.

Hundreds have since been sentenced, some to jail terms of as much as 30 years for crimes such as public disorder and sedition -- both of which remain on the statute book.

This means independent or opposition media, activists and dissident groups will become punishable as "mercenaries" for receiving money from agencies and NGOs abroad.

They will risk prison sentences ranging from four to 10 years.

"In a country where private media is illegal and journalists have no possibility of obtaining local funding, prohibiting foreign funding is a death sentence to independent journalism," said the Committee to Protect Journalists (CPJ).

The existing crime of "enemy propaganda" will be changed to "propaganda against the constitutional order," and the "dissemination of false news or malicious predictions with the aim of causing alarm, discontent or disinformation" will also become punishable.

The code's "hardening of penalties... is designed to have a notable impact on Cuban political activism," said jurist Harold Bertot, a Cuban law professor now in Madrid for research.

He pointed out that it comes "in a time of political and social tension in Cuba" and was clearly "designed to have a notable impact on Cuban political activism".

Bertot said the draft text foresees "a significant number of crimes punishable by the death penalty" -- a punishment not meted out in almost 20 years.

Cuba has maintained a de facto moratorium on capital punishment -- previously carried out by shooting -- since 2000, broken only in 2003 with the execution of three Cubans who had hijacked a passenger boat to escape the island.