Biden's visit to racist massacre site will highlight US divisions 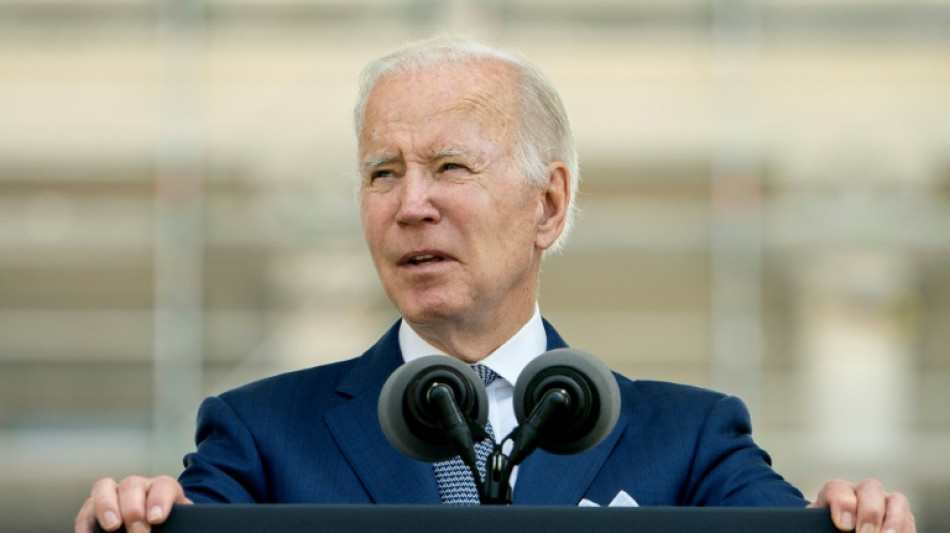 When President Joe Biden visits the site of a racist massacre in upstate New York on Tuesday, he'll confront not only the shocking deaths of 10 Black people but a growing sense that extremism is pulling at the fabric of US society.

On one level, the trip by Biden and his wife Jill Biden to Buffalo will be a grimly routine tradition for presidents who for decades have railed against an unstoppable parade of mass shootings.

Like all his predecessors to varying degrees, Biden has promised to address gun control, or rather the lack of gun control. Like them, he has made barely a dent.

Hastily scheduled ahead of Biden's departure Thursday for a major diplomatic trip to South Korea and Japan, the Buffalo visit will be a chance to "try to bring some comfort to the community," White House Press Secretary Karine Jean-Pierre said.

However, what marks out Saturday's horror, in which a white man went to a heavily African American neighborhood and allegedly opened fire, killing 10 and wounding three, is that the suspect apparently wrote a manifesto promoting increasingly widely held white supremacist ideas.

At the heart of the manifesto -- which law enforcement believe is genuine -- was a rant about what's dubbed "replacement theory," which purports the existence of a leftist plot to dilute the white population with non-white immigrants.

It's a conspiracy theory that, like the equally bizarre QAnon narrative, has spread from the furthest fringes of society to surprisingly mainstream areas -- most notably Tucker Carlson's enormously influential nightly talk show on Fox News.

Prominent Republican members of Congress have also echoed "replacement theory" talking points, which in turn are not too distant from Donald Trump's multiple speeches as president in which he demonized illegal immigrants as invaders, once calling them "animals."

Republican House Representative Liz Cheney -- a former member of the party's inner circle who has rebelled against the dominant Trump wing -- directly linked that kind of chatter to the Buffalo bloodshed.

Party leaders have "enabled white nationalism, white supremacy, and anti-Semitism. History has taught us that what begins with words ends in far worse," she tweeted, demanding that leaders "renounce and reject these views and those who hold them."

Biden, who says he left retirement to run for president after he heard Trump refusing to clearly denounce a neo-Nazi rally in Charlottesville in 2017, called the Buffalo killings "antithetical to everything we stand for in America."

The murders were "an act perpetrated in the name of a repugnant white nationalist ideology," he said.

However, race tensions are only one of the forces thwarting Biden's campaign promise to heal the nation's "soul."

Culture war disputes have turned everything from Disneyland to parent meetings at schools into battlegrounds. And after the leaking of Supreme Court draft ruling that would end a decades-old federal right to abortion, passions are intensifying.

If the ruling is confirmed, power would pass back to individual state governments and abortion would effectively be outlawed or at least severely restricted in swaths of the country.

With demonstrations in favor of abortion rights staged over the weekend and the issue looming over November's midterm elections, that means plenty more fuel on the fires Biden vowed to douse.

Now it's a mess that Biden apparently no longer thinks he can clear up.

As the midterms approach, and with Democrats fearing a pounding, the 79-year-old president has dramatically sharpened his own rhetoric, branding Trump Republicans "extreme."

He has coined a new label of "ultra-MAGA," referring to Trump's nationalist Make America Great Again slogan, and ruefully seems to concede that there's no one left on the other side for him to talk to.

"Ultra-MAGA" forces, he said last week, "have been able to control the Republican Party. I never anticipated that happening."