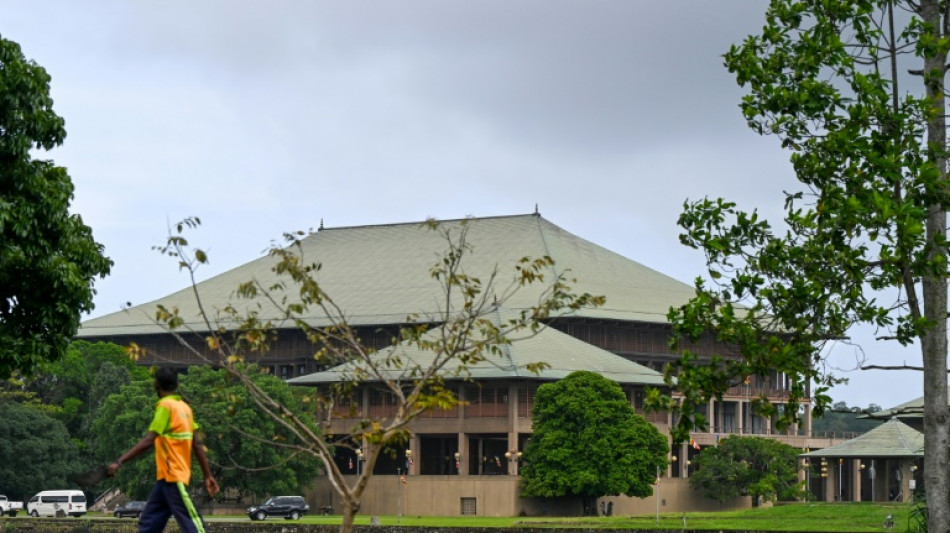 Sri Lanka's beleaguered president side-stepped a censure motion on Tuesday after his fractured coalition rallied to delay a resolution blaming him for the country's worst economic crisis.

The non-binding motion was proposed by the main opposition Tamil party, the Tamil National Alliance, saying it echoed the demands of thousands of anti-government demonstrators who have for weeks been seeking Rajapaksa's resignation.

Shortages of food, fuel and medicines, along with record inflation and lengthy blackouts, have brought severe hardships to Sri Lankans, in the worst financial crisis since independence from Britain in 1948.

The president's elder brother Mahinda stepped down as prime minister last week and in a bid to defuse mounting public anger, Gotabaya appointed opposition politician Ranil Wickremesinghe to replace him.

Wickremesinghe has won crucial support from the two main opposition parties to form a "unity government" to pull the country out of the dire economic crisis, but had yet to form a full cabinet on Monday afternoon.

He was expected to name a new cabinet later, but political sources said negotiations were still underway on sharing portfolios.

In an address to the nation Monday, Wickremesinghe said the country had run out of petrol and that the "next couple of months will be the most difficult ones of our lives".

Most petrol stations in the capital were closed on Tuesday with long queues outside the few that were still open.

Sri Lanka had run out of dollars to finance essential imports, Wickremesinghe said, and three oil tankers were waiting off Colombo to be paid before they would unload.

The country was also out of 14 essential drugs including anti-rabies vaccines, the premier said, adding suppliers of medicines had not been paid for about four months.