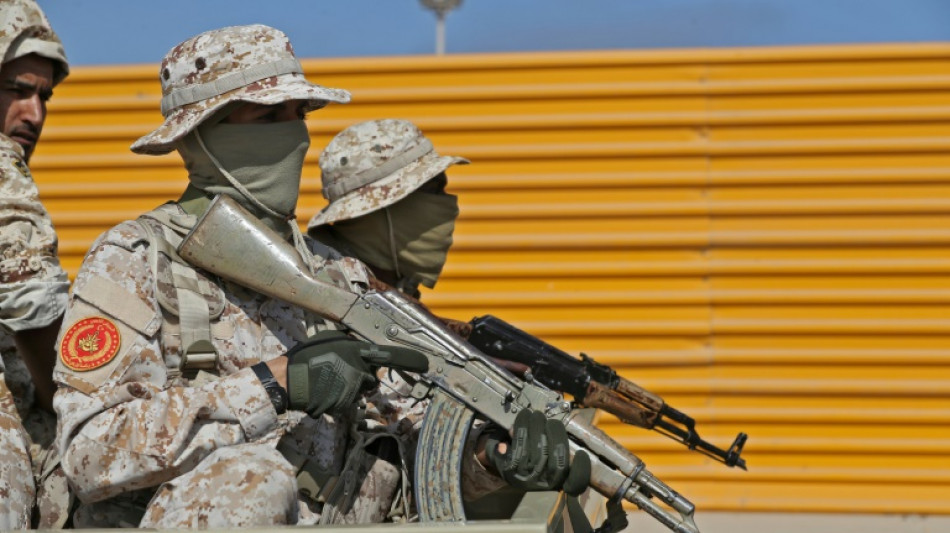 Fathi Bashagha landed in Tripoli in the early hours of Tuesday and tried to take it by force, sparking pre-dawn clashes between armed groups supporting him and those backing Dbeibah.

Libya has had two opposing adminstrations and prime ministers since February, the latest trouble in the oil-rich North African nation since the chaos that followed a 2011 revolt that toppled dictator Moamer Kadhafi.

Hours after landing, Bashagha left citing the "security and safety of citizens", as the United Nations, European Union and United States appealed for calm.

There were no immediate reports of casualties from the fighting, but AFP correspondents saw burned-out cars and military convoys later on Tuesday morning.

Dbeibah, based in Tripoli in the west, was appointed under a troubled UN-led peace process early last year to lead a transition to elections set for December, but the vote was indefinitely postponed.

In February, parliament based in Tobruk in the east appointed rival premier and former interior ministry Fathi Bashagha to take his place, arguing that Dbeibah's mandate had ended.

Dbeibah has refused to hand over power except to an elected administration.

Both men come from the western city of Misrata and are backed by different armed groups in the capital.

Bashagha's press service had announced overnight "the arrival of the prime minister of the Libyan government, Mr Fathi Bashagha, accompanied by several ministers, in the capital Tripoli to begin his work there".

But his arrival sparked a battle that raised fears of a return to the all-out conflict that gripped the capital when forces aligned with eastern military chief Khalifa Haftar attacked in 2019-20.

Several hours later, Bashagha's camp announced that he and his ministers had "left Tripoli to preserve the security and safety of citizens".

Dbeibah's defence ministry said it would respond "with an iron fist" to anyone "attacking security and the safety of citizens".

Dbeibah was later seen meeting the public in the streets of the capital.

Libya expert Emadeddin Badi said Bashagha's move had been "a failed attempt at a fait accompli".

Bashagha had "lost a large proportion of his constituency in his hometown of Misrata, tarnished his anti-crime brand and now tanked his popular support", he added.

"It will be difficult to pick up the pieces after this," Badi said.

But Anas El Gomati, of Libyan think tank the Sadeq Institute, said it was "likely that this is only the first act".

On the international stage, "there is no bandwidth to deal with Libya in light of the conflict in Ukraine," he said.

Pro-Bashagha armed groups had already deployed in March on the edges of the capital, raising fears that a fragile ceasefire in place since October 2020 could collapse.

The creation of two governments echoes Libya's troubled period of rival administrations between 2014 and 2021, when the nation was ripped apart by civil war.

The revolt that toppled Kadhafi plunged the vast but sparsely populated country into violence as armed groups vied for control and a string of interim governments came and went.

Many militia forces have been integrated into the state, partly to access a share in the country's vast oil wealth, and rights groups have accused all sides of abuses.

Bashagha is backed by Haftar, who led a failed bid to seize Tripoli in 2019-20 and is widely hated in the capital.

"We were expecting something like this to happen, because in Libya we had not elections but we have two governments," he said. "And sooner or later, when there are two governments, they clash."

The US embassy urged "all armed groups to refrain from violence and for political leaders to recognise that seizing or retaining power through violence will only hurt the people of Libya".