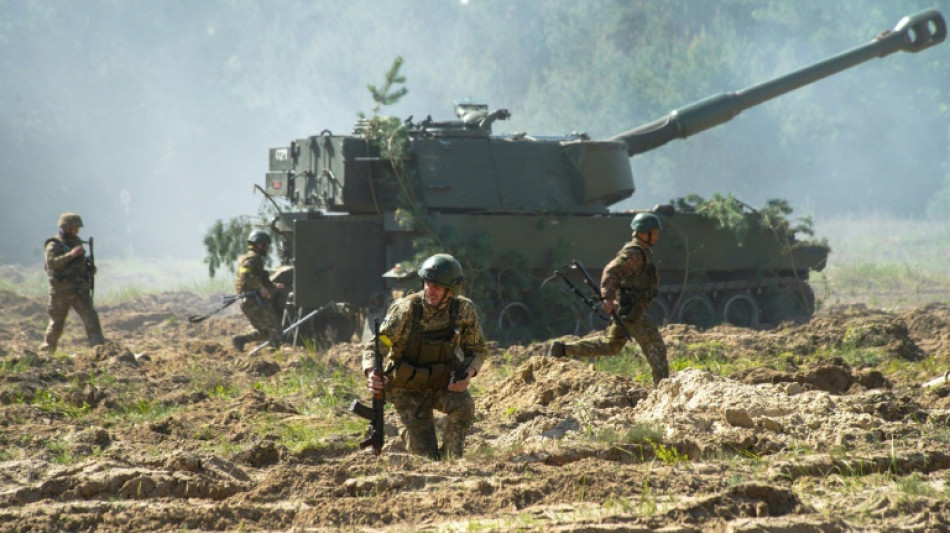 Ammunitionstocks are fast becoming key in the war in Ukraine as artillery units burn through tens of thousands of shells per day, testing both sides' capacity to replenish dwindling reserves.

Experts say the Russian and Ukrainian armies have entered a war of attrition where access to ammunition -- ranging from rifle bullets to howitzer shells and ballistic missiles -- is as important as manpower and weapons systems, and where it is imperative to avoid running out of ammo before the enemy does.

"The question of supplies and stocks is the big question at this time," said one high-ranking European officer asking to remain anonymous.

"The extremely high expenditure of ammunition of all calibres is the hallmark of a high-intensity conflict," the officer told AFP.

According to RUSI, a British defence studies body, Russia is currently firing around 20,000 shells of the 152-mm type used in Soviet-era howitzers per day, and Ukraine 6,000.

While Russia can rely on several ammunition production sites across its territory at home, and supply lines are stable, Ukraine has only its existing stocks and supplies from western factories.

With the conflict concentrated in eastern Ukraine, "Russian supply lines are shorter than those of the Ukrainians whose stocks are in the west of the country, or even outside the country", the European officer said.

Another advantage for the invading army is that Russian ammunition is made for Russian-made weapons, while Ukraine must juggle a smorgasbord of weaponry ranging from old Soviet equipment to cutting-edge western gear, all requiring different ammunition types.

"The delivery of modern heavy weapons is more of a complication than a help for Ukraine," said Alexander Khramchikhin, Deputy Director at the Moscow-based Institute for Political and Military Analysis.

RUSI suggested that "Ukraine's partners should rationalise the support they provide around a small number of platforms".

Ukraine's objective of re-capturing lost territory "cannot be achieved through the piecemeal delivery of a large number of different fleets of equipment, each with separate training, maintenance and logistical needs", it said.

A big unknown is the capacity of each side to produce ammunition at the required speed and volume, which AFP was unable to obtain precise data on.

Moscow seems to deploy its guided ammunition, ballistic missiles and supersonic missiles with great caution, according to some analysts, although it has not run out of these weapon types as some predicted a few weeks ago.

On the Ukrainian allies' side, the United States could help Kyiv's army raise its daily artillery firing ability to 10,000 shells a day, but only if it ramps up production back home in America, and even then only for a few months, said Philippe Gros, a former French military intelligence officer and now at the FRS strategy research body.

Unlike Russia, where President Vladimir Putin has fully mobilised weapons factories, western countries are not official belligerents in Ukraine and cannot place their economies on a war footing needed for mass production of weaponry.

In the west "stockpiles are running out and factories are not producing huge quantities", said Vassily Kashin at the HSE university in Moscow.

"It would be an error to think that NATO has unlimited reserves to help Ukraine, even when you account for the United States," he said. "Russia's war industry is bigger than that of Europe."

While Ukraine's eastern European allies are fast running out of their leftover Soviet-era weapons they have been sending Ukraine, Western economies are groaning under the impact of the war.

France's defence ministry said this week that the delivery of 18 Caesar-type 155-mm canons had amputated its entire stock of Caesars by one quarter. Production time for each of the canons is 18 months, according to its manufacturer, Nexter.

NATO Deputy Secretary General Mircea Geoana acknowledged this week that there were "active concerns" about how long the flow of arms and ammunition can be kept up.

But "there is an effort to boost capacity and creativity from the manufacturers," he told AFP in an interview.

At the same time, noted Khramchikhin, Russian factories "are operating night and day since the fighting began".

Meanwhile, attacking and destroying enemy stocks can be a worthwhile use of firepower in the absence of greater production, and both Moscow and Kyiv regularly claim such hits.

"That will very probably make things progressively harder for the Russians as the next several weeks develop," Janes told AFP.