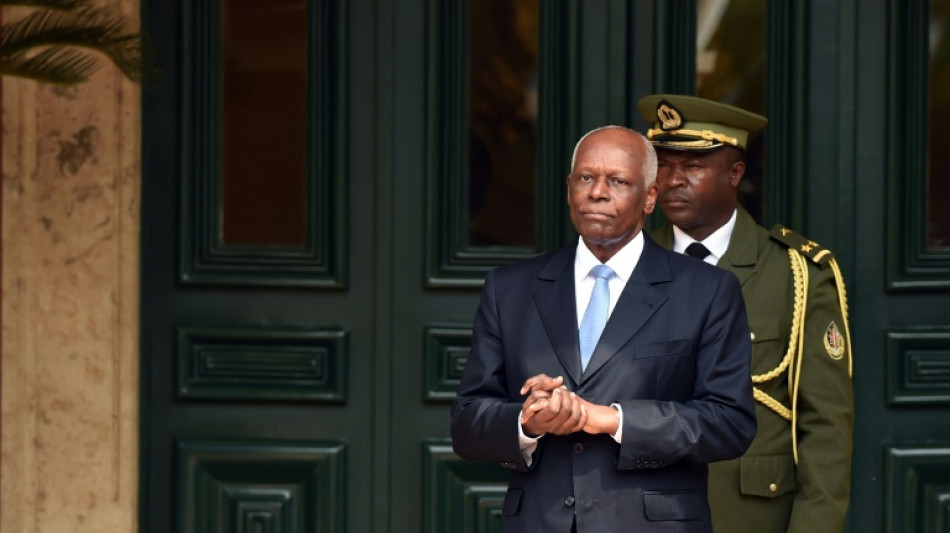 Jose Eduardo dos Santos, who died Friday at the age of 79, ruled Angola for 38 years, using his nation's oil wealth to turn his family into billionaires while leaving his people among the poorest on the planet.

He passed away Friday morning in a Barcelona hospital where he was admitted June 23 for cardiac arrest.

During his reign, he avoided the personality cult so often favoured by dictators, but instead used secretive and authoritarian tactics he learned during the Soviet era.

And for as much as he controlled every aspect of Angolan life, he mismanaged his own transition away from power so badly that he ended up in temporary self-imposed exile, with a son in prison and a daughter facing international legal challenges.

Though seldom seen in public, he was a presence in daily life for as long as most Angolans could remember, maintaining fierce control over the country throughout its devastating civil war and its oil boom and bust.

Dos Santos first became president and leader of the ruling People's Movement for the Liberation of Angola (MPLA) party in 1979.

He handpicked his defence minister Joao Lourenco to succeed him. But as president, Lourenco embarked on a tough anti-corruption drive.

After decades of impunity, the dos Santos family and other top officials suddenly found their shadowy business dealings under intense scrutiny.

Dos Santos's son Jose Filomeno is in prison since 2019 on corruption charges.

His daughter Isabel was once named by Forbes as Africa's richest woman, worth $3 billion (2.55 billion euros). She now faces a slate of investigations into her multinational business dealings.

For much of his time at the head of his MPLA party, he fought a brutal civil war.

When the 27-year conflict with UNITA rebels ended in 2002, he presided over a country littered with landmines and among the poorest in the world.

The conflict was a Cold War hotspot, with dos Santos receiving Soviet and Cuban backing while UNITA had the United States and apartheid South Africa on its side.

After the war, he led Angola away from hardline Marxism and fostered a post-war oil boom and foreign investment surge that transformed central Luanda.

Dos Santos was "an accomplished and shrewd economic and political dealmaker with an instinct for political survival", according to Alex Vines of the British think-tank Chatham House.

His first wife was Russian-born Tatiana Kukanova, who he met while studying and with whom he sired Isabel. He later married former air hostess Ana Paula, 18 years his junior.

From humble beginnings as the son of a bricklayer, dos Santos joined the MPLA as a teenager and rose quickly through party ranks as a fighter during Angola's struggle for independence from Portugal.

After stints in Kinshasa and Brazzaville, he went to Azerbaijan to study petroleum engineering, returning fluent in Russian and French, in addition to his mother-tongue Portuguese.

In 1979, following the sudden death from cancer of Angola's liberation president Agostinho Neto, dos Santos -- then the planning minister -- was sworn in as president.

A presidential election in 1992 was aborted ahead of a second-round vote when his battlefield rival Jonas Savimbi claimed the vote was rigged.

The civil war reignited until Savimbi was killed in 2002.

During the 2012 election campaign, dos Santos made a series of unexpected appearances at public rallies, wearing colourful T-shirts and promising better universities and jobs for young people.

But his policies remained little changed after the vote.

He operated with few constraints as head of the military, police and cabinet, as well as being the president.

He handpicked senior judges and had MPLA allies in all public agencies, including the supposedly independent electoral commission.

Angola has become a major supplier of oil to China, and dos Santos built close ties with the Asian powerhouse.

Although he sought to present himself as a rock of stability, rights activists and opposition members accused him of systematic repression.

In a 2013 Brazilian television interview, he said his rule had been "too long, too long," but added that decades of war "meant we couldn't strengthen state institutions or even carry out the normal process of democratisation".

Dos Santos reportedly received cancer treatment in Barcelona over several years. He left the country shortly after his retirement, spending two years in the Spanish city, both for medical treatment and to avoid a tightening legal net in Luanda.

While in power, and always immaculately dressed, he rarely travelled abroad on official business, but was said to enjoy music and poetry as well as cooking fish, and was once a keen footballer.