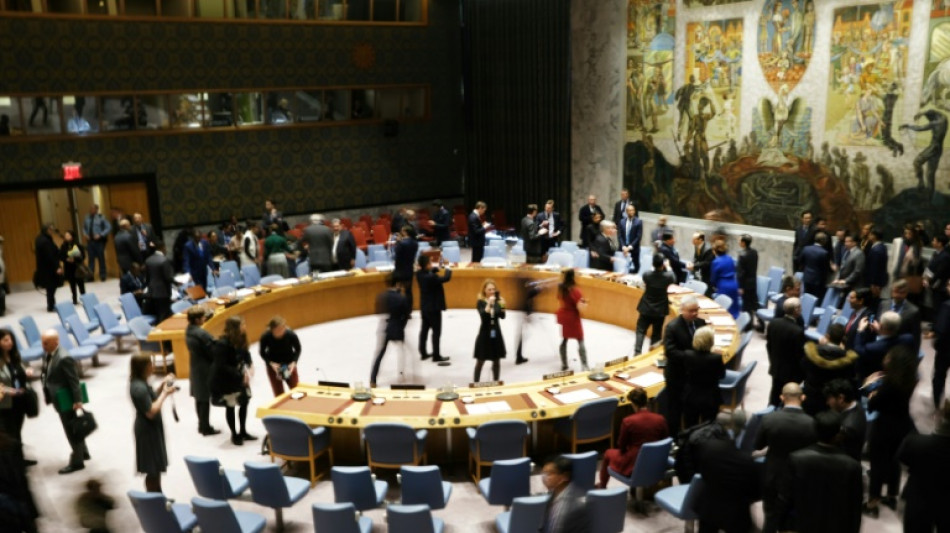 Russia on Friday vetoed a UN Security Council resolution that would have extended cross-border aid to Syria by one year without Damascus's backing.

Western powers then voted down a competing resolution put forward by Moscow that proposed extending approval by just six months.

The authorization for the aid deliveries across the Syrian-Turkish border at Bab al-Hawa, which has been in effect since 2014, is set to expire Sunday.

The aid is a lifeline for more than 2.4 million people in the northwestern Idlib region of Syria, under the control of jihadists and rebels.

Thirteen of the fifteen Council members voted in favor of the text proposed by Norway and Ireland. China, which often votes the same way as Russia, chose to abstain.

The vote had been due to be held Thursday but was scrapped following disagreement between Russia and the West.

The extension would also be conditional on a "substantive report" by the secretary-general, including on the operation's transparency, progress on channeling aid across the front line, and progress on meeting humanitarian needs.

That text was already "an extreme compromise," said America's ambassador to the UN, Linda Thomas-Greenfield, accusing Russia of putting its "own political interests above the humanitarian needs of the Syrian people."

"Tragically people will die because of this vote," she told the chamber.

British ambassador Barbara Woodward said Moscow had deployed a "deeply irresponsible veto that will have a tragic impact."

Russia's deputy ambassador to the world body, Dmitry Polyanskiy, meanwhile accused the west of "stubbornness" and said the resolution "ignored the sovereignty of Damascus."

Western nations had deemed the text unacceptable, as there is no guarantee of an extension at the start of the new year.

For resolutions to be adopted, at least nine of the 15 members must support it with none of the permanent members wielding their veto.

Diplomats said the council's non-permanent members may propose a nine-month extension to try to break the impasse.

It is the only crossing through which aid can be brought into Idlib without navigating areas controlled by Syrian government forces.

Moscow, an ally of Damascus, has curtailed a number of Western-backed measures in recent years, using its veto 17 times in relation to Syria since the war's outbreak in 2011.

Russia views the authorization as a violation of Syria's sovereignty, and believes the delivery of aid to the northwest region should only be carried out from Damascus across the front line.

Russia had hinted in recent months that it would oppose an extension, having already forced a reduction in the number of allowed border crossings.