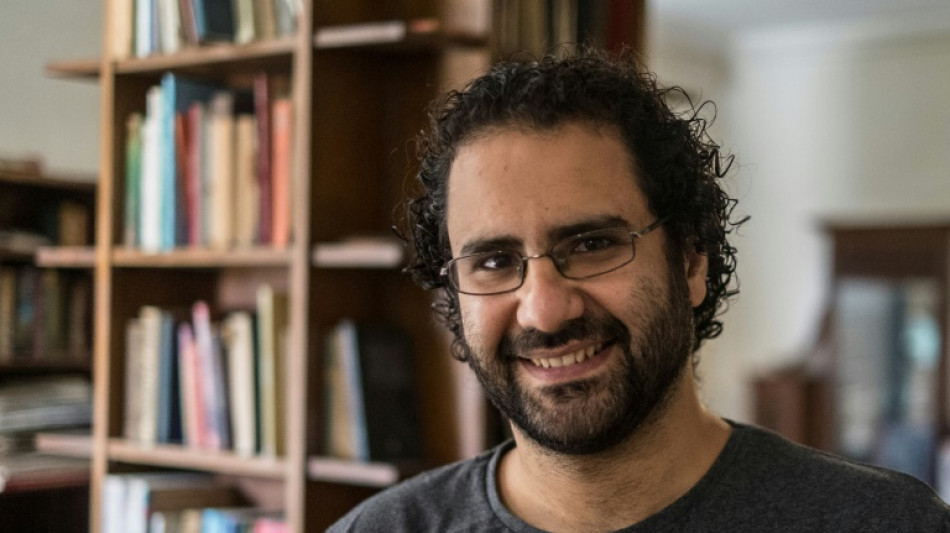 Supporters of prominent Egyptian activist Alaa Abdel Fattah, who on Sunday will mark 100 days on a hunger strike, are calling on Washington to help secure his release, a statement said.

A major figure in the 2011 revolt that toppled longtime autocrat Hosni Mubarak, Abdel Fattah was sentenced in December to five years in prison after he was convicted along with two others of "broadcasting false news".

Sunday will mark 100 days of his huger strike, a statement from his support committee said. He has been only taking "100 calories a day in the form of a spoon of honey and a drop of milk in tea", Saturday's statement said.

His sister Sanaa Seif will speak about his case in a media briefing in Washington on Monday ahead of a Middle East tour later in the week by US President Joe Biden, the statement added.

Other Arab leaders including Egyptian President Abdel Fattah al-Sisi are expected to be present in Saudi Arabia when Biden visits the kingdom as part of his tour.

Another sister, Mona Seif continues to draw attention to the plight of what rights groups say are about 60,000 political prisoners in Egypt. She has been collecting letters of support from European lawmakers for months.

Mona Seif announced this week that she was suspending her own hunger strike, which she had begun in solidarity with her brother.

"Alaa is currently serving a five-year sentence for sharing a Facebook post about prison conditions in Egypt," the support committee statement said.

"He is on hunger strike demanding his right to consular access from the British embassy," it added.

Abdel Fattah gained UK citizenship in April from inside prison, through his British-born mother Laila Soueif.

Egypt's interior ministry said last month that it had footage that "disproves" reports of his hunger strike.

The British government is now in disarray after Boris Johnson resigned as prime minister this week.