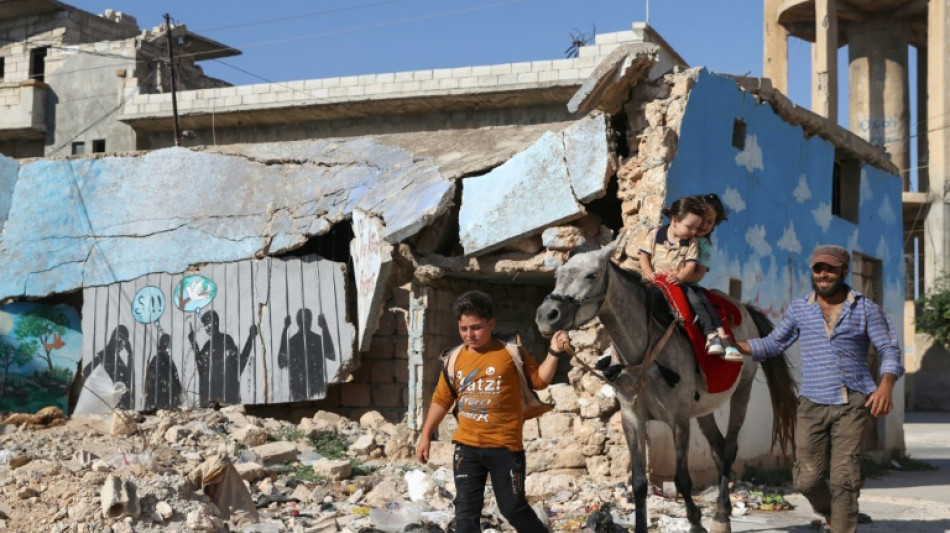 The lack of an agreement threatens to upend assistance to more than two million people.

The aid delivery mechanism across Turkey's border into rebel-held Syria at the Bab al-Hawa crossing is the only way UN assistance can reach civilians without navigating areas controlled by Syrian government forces.

The system has been in place since 2014, but is set to expire on Sunday.

Syrian ally Russia on Friday vetoed a Security Council resolution that would have prolonged the mechanism by one year, and Western powers then voted down Moscow's competing resolution that proposed extending approval by just six months.

"Negotiations are continuing," one diplomat at the UN in New York told AFP on condition of anonymity.

But one ambassador, who also declined to be identified, said: "We are stuck where we were on Friday."

The Security Council has previously extended the cross-border mechanism after it had expired, and several sources said a vote was still possible early in the coming week.

If the UN Security Council fails to renew the authorisation, UN aid deliveries could halt.

"Until today, we have no information on the mechanism that will be put in place in the coming period," said Mazen Allouch, an official at the Bab al-Hawa crossing.

"Aid groups that are partnered with the UN and that operate in liberated areas have an emergency response plan" in case the UN mandate is not extended, Allouch said, referring to parts of Syria still under rebel control.

But their supplies are expected to last only a little "over one month", he added.

Diplomats said the 10 non-permanent members of the Security Council had proposed a nine-month extension in an effort to break the impasse, that pits Russia against the United States, France and Britain in particular, against the backdrop of the Ukraine conflict.

The last draft by Ireland and Norway suggested the possibility of a halt to the mechanism in January next year if the Security Council so decided.

But Moscow appears unwilling to yield, seeking instead a six-month potentially renewable extension.

Russia views the authorisation as a violation of Syria's sovereignty, and believes the delivery of aid should only be carried out from Damascus across the front line.

"Russia has not changed its position," an ambassador on the Security Council said, requesting anonymity.

Moscow has curtailed a number of Western-backed measures in recent years, using its veto 17 times in relation to Syria since the war's outbreak in 2011.

"If aid deliveries are diverted through regime (areas) then we will effectively be besieged," said Abu Mohammad, a displaced Syrian living in a camp in northern Idlib.

"They want to starve us and bring us down to our knees," the 45-year-old father of four said.

The Bab al-Hawa crossing was closed for a second consecutive day on Sunday due to the Muslim Eid al-Adha holiday.

When it reopens on Wednesday, it will continue to allow civilians and non-UN relief convoys to cross, including those sent by Turkish aid groups and other international aid organisations, Allouch said.

But senior UN officials and relief workers have repeatedly stressed that such aid deliveries cannot substitute the scope and scale of UN operations.

On Friday, Washington's ambassador to the UN, Linda Thomas-Greenfield, said the end of the mechanism would not mean the border would close.

"It is the mechanism that is closing," she said.

"We will continue to look for ways to get assistance in. We just won't have this extraordinarily efficient UN-supported mechanism that we have been using in the past," she added.

More than 4,600 aid trucks, carrying mostly food, have crossed Bab al-Hawa this year, helping some 2.4 million people, according to the UN's Office for the Coordination of Humanitarian Affairs (OCHA).