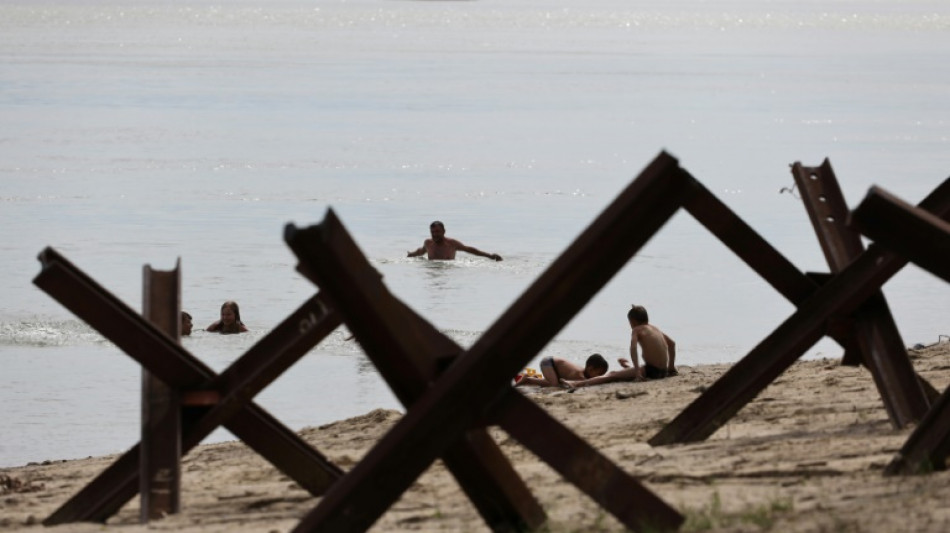 Turkey said it will host Russian and Ukrainian delegations with UN diplomats on Wednesday to discuss the resumption of stalled grain deliveries across the Black Sea.

The four-way meeting with Turkish officials comes as food prices soar around the world due to Russia's invasion of Ukraine.

Ukraine is one of the world's biggest exporters of wheat and other grain.

But its shipments have been blocked by Russian warships and mines that Kyiv has laid across the Black Sea.

NATO member Turkey -- on good terms with both Russia and Ukraine -- has spearheaded efforts to resume the grain deliveries.

Turkish officials say they have 20 merchant ships waiting in the Black Sea that could be loaded quickly with Ukrainian grain.

Turkish Defence Minister Hulusi Akar said on Tuesday that the meeting would involve the three countries' military delegations and team from the United Nations.

"Military delegations from the Turkish, Russian and Ukrainian defence ministries, and a delegation of the United Nations, will hold talks tomorrow in Istanbul on the safe shipment to international markets of grain waiting in Ukrainian ports," Akar said.

A Russian foreign ministry spokesman confirmed the meeting but also insisted that Moscow had a list of demands.

"Another round of expert consultations is planned for July 13 in Istanbul," ministry spokesman Pyotr Ilyichev was quoted as saying by Russia's Interfax news agency.

"Our understandable conditions include the possibility to control and search the ship to avoid the contraband of weapons, and Kyiv's commitment not to stage provocations," Ilyichev said.

The Russian spokesman added that the UN team would act as "observers" at the talks.

Turkish President Recep Tayyip Erdogan has tried to use his good relations with Russian counterpart Vladimir Putin and Kyiv's Western-backed leaders to thrust Ankara into the centre of negotiations about Ukraine.

Erdogan is due to meet Putin for the first time since Russia's invasion when the two leaders are hosted by Iranian President Ebrahim Raisi in Tehran next Tuesday.

The talks are officially due to focus on the situation in war-ravaged Syria.

But the Kremlin said Putin and Erdogan will also hold a separate meeting that is almost certain to focus heavily on Ukraine.

Turkey has been sending defence delegations to both Moscow and Kyiv in a bid to break the deadlock over Ukraine's grain.

A plan proposed by the United Nations would see the shipments start along specific corridors that avoid known locations of mines.

Ukraine has refused to de-mine the area out of fear that Russia might then stage an amphibious assault on cities such as the Black Sea port of Odessa.

Ukraine's port authority said last week that Kyiv's recapture of Snake Island in the Black Sea has allowed it to resume shipments into neighbouring Romania along the Danube River.

But those deliveries can only cover a small fraction of the 20 to 25 million tonnes of grain believed to be blocked in Ukraine.

The negotiations are complicated by mounting suspicions that Russia is stealing and exporting grain from farmers in Ukrainian regions now under its control.

The ship returned to a Russian port after spending nearly a week anchored off Turkey's Black Sea coast.

Ukraine's foreign ministry said it was "deeply disappointed" with Turkey.