US VP Harris launches $600m push into the Pacific 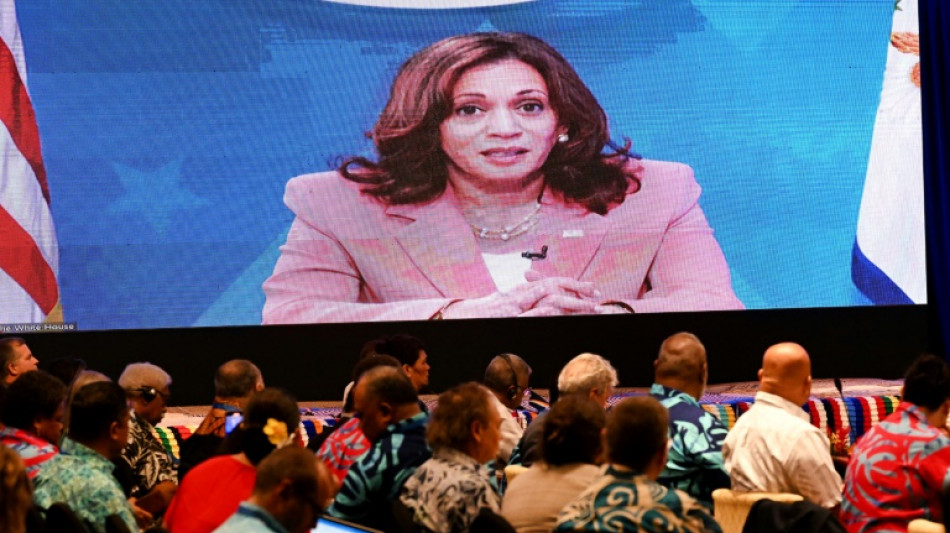 The United States launched a major push into the Pacific on Wednesday, seeking to hold off China’s advance in the region, with Vice President Kamala Harris announcing $600 million in funding at a key regional summit.

Harris also revealed the US will open two new embassies -- in Tonga and Kiribati -- during an unprecedented address to the Pacific Islands Forum in Fiji.

The US will also appoint its first-ever enjoy to the Pacific and launch an inaugural national strategy for the region.

The US-China rivalry has brought intense interest to this year's forum, which brings together leaders from across the strategically vital Pacific.

It marks the first time regional leaders have met together since the Solomon Islands signed a controversial security pact with China earlier this year.

Harris' video-link address was a diplomatic coup for the US, with China not yet invited to make a similar appearance at the summit.

At least one official from the local Chinese embassy was in the room for Harris' address, causing a minor stir among organisers.

The US vice president thanked Fiji President Voreqe Bainimarama for inviting her to speak at the summit and said the US was ready to "embark on a new chapter" in the Pacific.

Harris said she and US President Joe Biden acknowledged the Pacific may not have previously received enough focus in the past.

"We are going to change that," she promised, adding the US wanted to "significantly deepen our presence in the Pacific region".

Alongside a US$60 million pledge for economic assistance to the Forum Fisheries Agency, she said the US would also relaunch the Peace Corps in the Pacific.

She said the US wanted to collaborate on maritime security, disaster relief and infrastructure projects that "do not result in insurmountable debt".

"We are really happy that the US will be opening an embassy in Tonga, it will be the first time," Tongan Prime Minister Siaosi Sovaleni told AFP.

"It is a big milestone. We are very happy we are finally having a US presence in Tonga."