Verdict due on German soldier accused of far-right plot 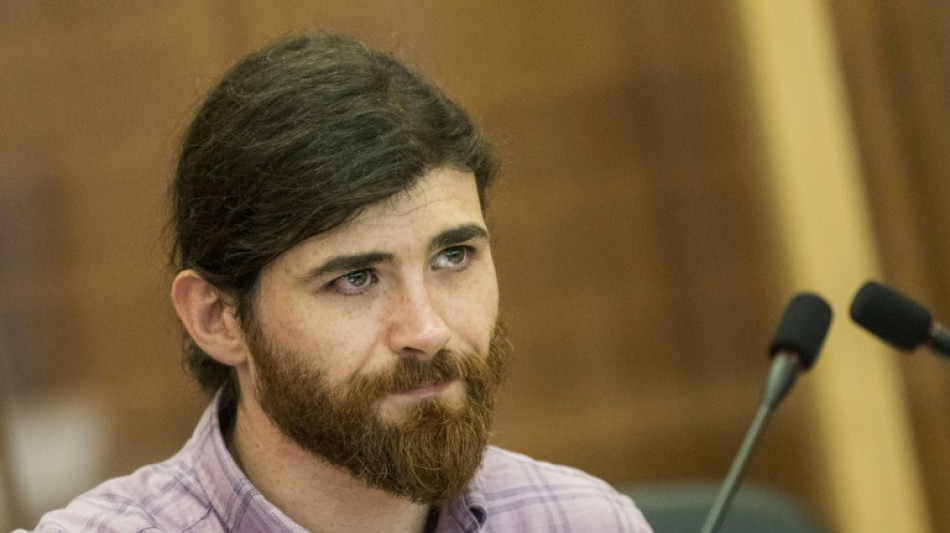 A German court on Friday is to hand down its verdict in the bizarre case of a soldier accused of plotting a far-right attack on senior politicians while successfully posing as a Syrian refugee.

The long-delayed trial shone a spotlight on neo-Nazi sympathies in the ranks of the German military and the effectiveness of the security services in standing up to right-wing extremism -- described by the interior minister as the biggest threat facing the country.

"It is the first time in post-war Germany that a member of the armed forces stands accused of planning a terrorist attack," Annette Ramelsberger, veteran court reporter for the daily Sueddeutsche Zeitung, said.

Defendant Franco Albrecht, a 33-year-old father of three, has been in the dock before the regional superior court in the western city of Frankfurt since May 2021.

The Bundeswehr lieutenant is accused of plotting "a serious act of violence endangering the state" with cabinet ministers, MPs and a prominent Jewish human rights activist among his alleged targets.

"He wanted to stage an attack with a major political impact," prosecutor Karin Weingast said in closing arguments.

Albrecht is accused of belonging to a loose network of far-right soldiers hoarding weapons and envisioning "Day X" when they would overthrow the German government in an extremist military coup.

Albrecht, who has a full beard and wears his long hair tied in a ponytail, is alleged to have darkened his skin with makeup to pose as a penniless Syrian refugee and hoodwinked immigration officials for 15 months, despite speaking no Arabic.

He was arrested in 2017 while trying to retrieve a Nazi-era pistol he had hidden in a toilet at Vienna's international airport, and his fraud was discovered when his fingerprints matched two separate identities.

"Neither Arabic nor details about my story were necessary," Albrecht testified, describing his conversations with immigration authorities.

Von der Leyen's successor Annegret Kramp-Karrenbauer ordered the partial dissolution of the KSK commando force in 2020 after revelations that some of its members harboured neo-Nazi sympathies.

Prosecutors said Albrecht planned to use both the pistol and other weapons and explosives he had taken from the German army in order to carry out an attack.

But they backed away for lack of evidence from an accusation that he plotted to use his false refugee identity to pin the crime on a Syrian.

Albrecht's lawyers called for a suspended sentence based solely on weapons law violations, while prosecutors have demanded jail time of six years and three months.

Albrecht told the court he deceived authorities at the height of the 2015-16 migrant influx, in which more than one million asylum seekers entered Germany.

The soldier, the son of a German mother and an estranged Italian immigrant father, posed as a Christian fruit seller from Damascus called David Benjamin.

Albrecht, who repeatedly expressed anti-Semitic, racist and hard nationalist views before the court during his trial, testified that then-chancellor Angela Merkel had failed to uphold the constitution by welcoming the refugees.

Investigations showed he owned a copy of Adolf Hitler's book "Mein Kampf" and stated that immigration was a form of "genocide".

Albrecht had been free on bail as his trial began but was taken back into custody in February of this year when he was found with Nazi memorabilia and further weapons in his possession, including five machetes under his mattress.