UK's Truss under pressure as Tories gird for TV battle 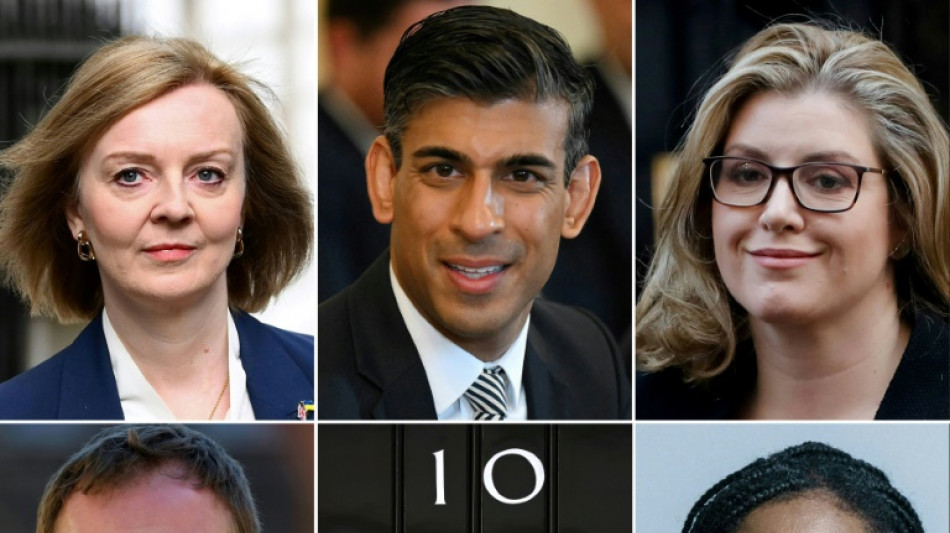 British Foreign Secretary Liz Truss's camp Friday urged Conservative right-wingers to unite behind her lagging leadership campaign, as the five remaining contenders prepared to battle each other in their first televised debate.

Truss came third in the latest ballot of Tory MPs on Thursday, in an initial process designed to whittle the race down to two finalists by the middle of next week.

They will then present their case to the party's rank-and-file members until a winner is announced September 5.

The Royal Navy reservist, who was briefly Britain's first woman defence secretary, polls well with the members but is now under scathing attack from colleagues for her inexperience, stance on transgender rights and alleged incompetence in government jobs.

"People obviously are trying to stop me getting into the final because they don't want to run against me," she told Sky News, while condemning "black ops" from rival camps.

Long-shot candidate Tom Tugendhat decried the worsening acrimony as "a knife fight in a phone box", urging the party to focus instead on governing and taking the fight to the opposition Labour party.

The candidates took part in an online hustings, laying out their policy priorities along with warm words aimed at the Tory base.

"Not only do we need to restore trust, rebuild our economy and reunite our country," frontrunner Sunak said, drawing a pointed contrast to scandal-plagued Prime Minister Boris Johnson.

"We also need to do something that's never been done before in British political history, and that's win a historic fifth term."

Truss has backing from prominent loyalists of Johnson, who was forced last week to announce his resignation as Tory leader after a cabinet insurrection led partly by Sunak, following months of controversies.

While Johnson says he will stay above the fray, his supporters have spoken acidly against Sunak and point to Truss as the most experienced contender left from the party's right wing.

But she now faces a challenge from Mordaunt just to reach the final two, and has talked up her experience across various government departments.

"You've got to walk the walk, as well as talk the talk, and that I think is what I've shown I've done in the jobs I've held," she said.

Attorney General Suella Braverman was eliminated Thursday and threw her support behind Truss, accusing Mordaunt of failing to "stand up for women".

Former Brexit minister David Frost wrote in the Daily Telegraph that Mordaunt had been "absent on parade" when they worked together on negotiations with Brussels last year.

"It is now time for pragmatism," he said, urging fourth-placed candidate Kemi Badenoch "to stand down in return for a serious job in a Truss administration".

Like Tugendhat, Badenoch is another insurgent with no cabinet experience but is drawing favourable coverage from some right-wing commentators for her "anti-woke" credentials and innovative policy platform.

Rejecting Frost's appeal, her campaign said she was "in it to win".

The evening debate will be hosted by Britain's Channel 4 -- a state-owned network known for its edgy programming, which Johnson's government is seeking controversially to privatise.

After days of talking only to their supporters and select reporters, it offers a chance for the lesser-known contenders to pitch their arguments to a national television audience.

The wealthy Sunak is a polished media performer but faces questions over his family's tax affairs and long-term commitment to Britain. Until last year, he held a Green Card conferring residency in the United States.

Both Badenoch and Tugendhat have won plaudits this week for their straight-talking style. Truss was described as "robotic" by more than one commentator after formally launching her campaign on Thursday.

Mordaunt remains largely an unknown quantity. She is remembered for making misleading claims in one television interview during Britain's Brexit referendum campaign in 2016.

The final two will appear before the grassroots membership at a series of hustings in the coming weeks, before the September 5 announcement of the victor.

Johnson's successor will be tasked with helming Britain through a cost-of-living crisis, the war in Ukraine and drawing a line under his chaotic premiership.