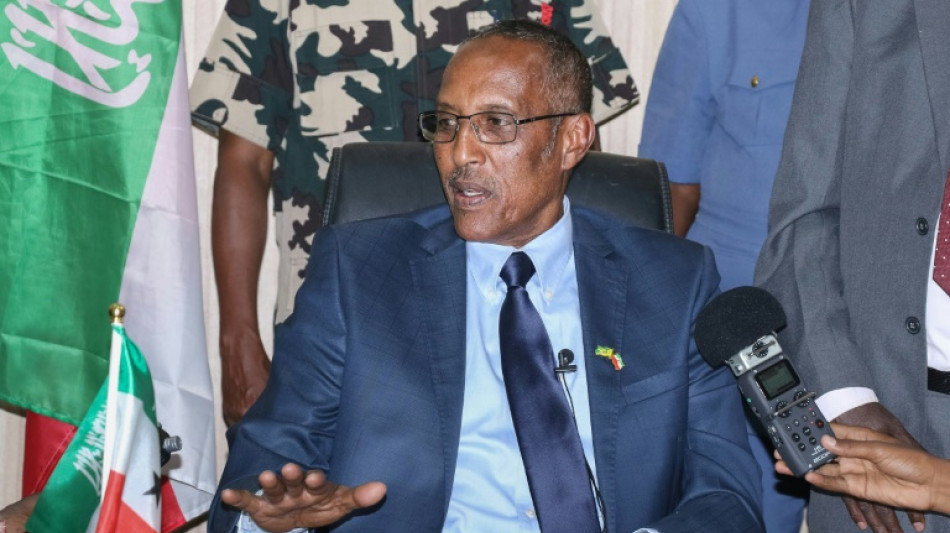 The main opposition parties in the breakaway Somali region of Somaliland say they will no longer recognise the territory's president after elections were postponed and his term extended.

President Muse Bihi Abdi's term of office has been extended to 2024 by the Guurti, a non-elected gathering of elders drawn from traditional tribes that is also the upper house of parliament.

Elections should have taken place on Sunday, a month before Bihi was due to leave office, but were postponed by Somaliland's electoral commission in September.

"The mandate of the current president Bihi has ended today after he had failed to hold an election," the two biggest opposition parties said in a statement issued late Sunday.

"Starting from today, we don't recognize the legitimacy of the president and his government," it said.

The two parties, Waddani and the Justice and Welfare Party (UCID), said they stood by unity and democracy and urged supporters to show "restraint and calm."

Somaliland is a former British protectorate that declared independence from Somalia in 1991.

The move has not been recognised by the international community, and the Horn of Africa region of some 4.5 million people is poor and isolated.

On September 24, Somaliland's electoral body said the November 13 presidential ballot could not take place on schedule for "technical and financial reasons".

It did not indicate a potential new date, saying only that there would be "a nine-month delay from October 1, 2022."

The Guurti announced on October 1 that Bihi's tenure would be extended by two years, despite opposition parties warning that they were against the move, and fears of bloodshed have risen.

In August, several people were killed and dozens were wounded after police opened fire on protesters angered at suspicions that the elections would be postponed.

Bihi was elected to a five-year term in November 2017, which itself had been delayed by around two years because of drought and technical problems.

Despite its problems, Somaliland has remained relatively stable compared with Somalia, which has been wracked by decades of civil war, political violence and an Islamist insurgency.

They should "push its political elites to chart a consensus path forward, offer to mediate if they fail and volunteer to serve as guarantors for whatever resolution emerges," the ICG said.