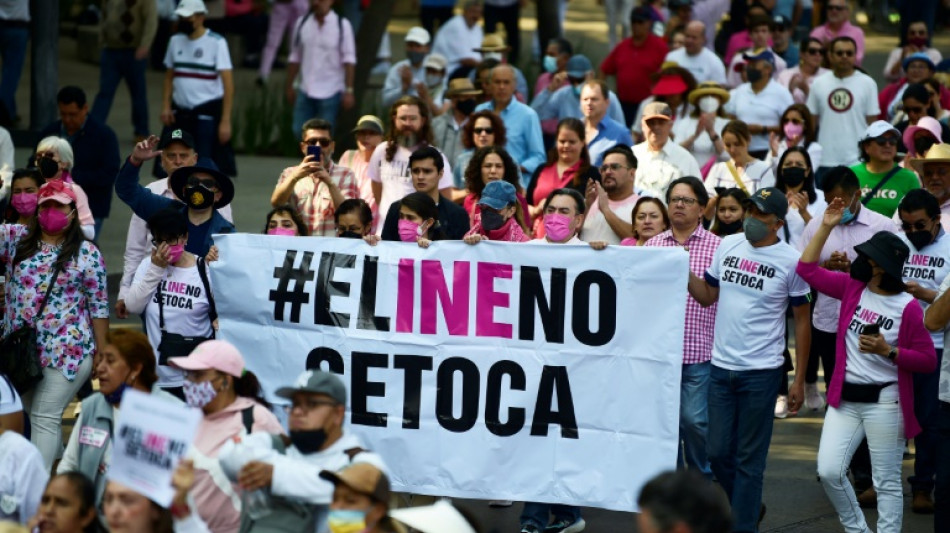 Mexican President Andres Manuel Lopez Obrador on Monday criticized a mass protest against his proposed electoral reforms as an attempt by his opponents to return to corrupt old ways.

"Those who demonstrated... did so in favor of corruption, racism, classism and discrimination -- that's the bottom line," Lopez Obrador told reporters a day after tens of thousands marched in Mexico City.

The president, who regularly accuses his predecessors of corruption, insisted that his plan sought to "strengthen democracy."

Protesters demanded a halt to the proposed reform that they say will undermine the National Electoral Institute, the independent body which organizes the country's elections.

Some carried banners that read, "I am not corrupt, class-conscious, racist or hypocritical," referring to adjectives the president used earlier to describe those who planned to take part.

Lopez Obrador alleges that the INE endorsed fraud when he ran unsuccessfully for the presidency in 2006 and 2012, before winning in 2018.

Under his proposal, the INE would be replaced by a new body with members chosen by voters instead of lawmakers and with a smaller budget.

Political parties would also have less money for campaigning.

The proposed reform, which involves amending the constitution, requires support from at least two-thirds of lawmakers in Congress, and Lopez Obrador's political opponents have vowed to oppose the changes.

Lopez Obrador criticized the participation of opposition politicians such as former president Vicente Fox of the conservative National Action Party in Sunday's protest.

The president's plan would also reduce the number of seats in the lower house of congress from 500 to 300, and those in the Senate from 128 to 96.

The next presidential election is scheduled for 2024, and the constitution limits presidents to a single six-year term.