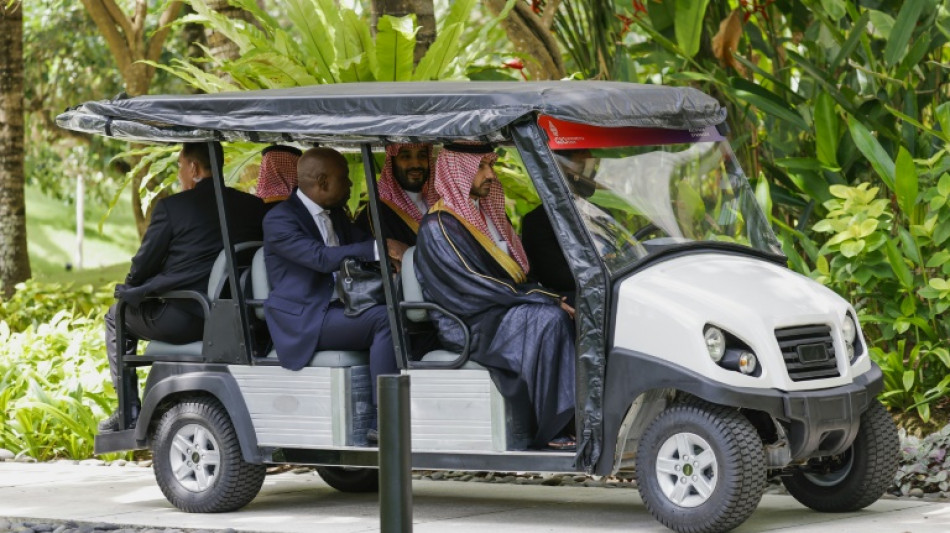 British Prime Minister Rishi Sunak called Tuesday for efforts to stabilise oil markets in talks with Saudi Arabia's crown prince, who was shunned by US President Joe Biden over an output cut.

The new British prime minister met separately with Crown Prince Mohammed bin Salman, the oil-rich kingdom's effective ruler, as they gathered for the Group of 20 summit on the Indonesian resort island of Bali.

"In light of the global increase in energy prices sparked by Russia's invasion of Ukraine, the prime minister said he hoped the UK and Saudi Arabia could continue to work together to stabilise energy markets," a Downing Street spokesperson said.

The engagement contrasts with the cold shoulder by Biden, with US officials saying they were not planning any meeting with the prince, known by his initials MBS, even on a lower level.

Biden was outraged after the Saudi-led OPEC+ oil cartel decided to cut production by two million barrels a day from November, adding pressure to global prices and potentially boosting revenue for energy exporter Russia, counteracting the US-led campaign to isolate Moscow over its invasion of Ukraine.

Biden warned Saudi Arabia of consequences over the move, which some of his aides saw as an effort to boost the rival Republican Party days ahead of US congressional elections in which inflation was a top issue.

Saudi Arabia insisted it was only considering economic factors but the move infuriated Biden as he had taken political risks in June by visiting the kingdom on a mission to ensure the flow of oil.

Biden as a candidate had vowed to make Prince Mohammed, a close ally of former US president Donald Trump, a pariah over human rights.

Declassified US intelligence said that the prince ordered the killing and dismemberment of US-based Saudi journalist Jamal Khashoggi.

The Downing Street spokesperson said Sunak raised with Prince Mohammed "the importance of further progress on social reforms, including on women's rights and freedoms" in the ultra-conservative kingdom.