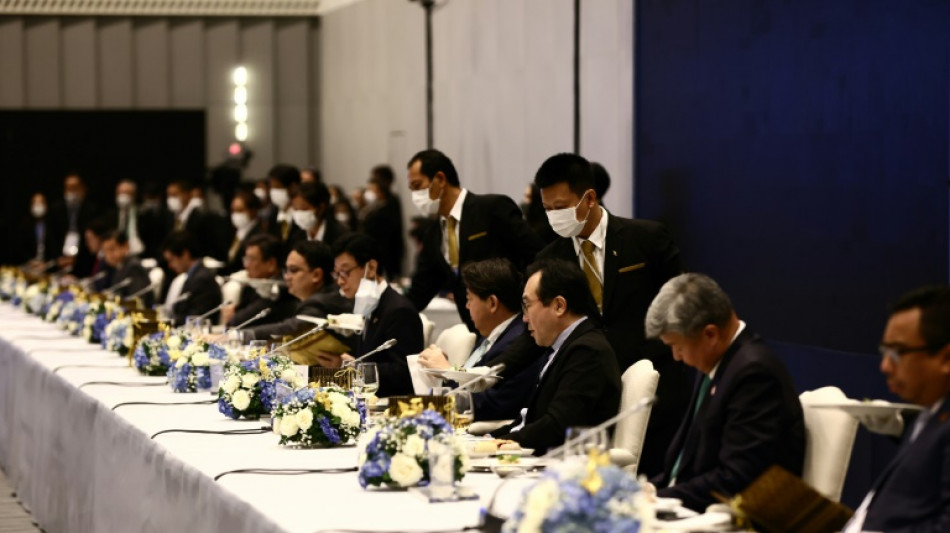 The leaders of China and Japan will hold their first face-to-face talks in three years on Thursday, after North Korea fired the latest in a record-breaking missile blitz that has sent nuclear fears soaring.

Chinese President Xi Jinping flies in to the talks in Bangkok from a G20 meeting in Bali where US President Joe Biden pressed him to use his influence to rein in Pyongyang's activities.

As Xi and Japanese Prime Minister Fumio Kishida prepared to meet, North Korea fired a short-range ballistic missile and warned Washington and its allies to expect a "fiercer" military response.

The pair will meet on the sidelines of a summit of the Asia-Pacific Economic Cooperation (APEC) focused on pandemic recovery and the global economic turmoil unleashed by the war in Ukraine.

Kishida's office condemned the latest launch by the North, which adds to a flurry that began earlier this month and has included an intercontinental ballistic missile.

Seoul and Washington have warned the North could be preparing to carry out a nuclear test -- which would be its seventh.

The trio issued a joint statement warning that any new nuclear test would be met with a "strong and resolute" response, without giving further details.

After his talks with Xi on Monday, Biden said he was confident China -- Pyongyang's main diplomatic and economic ally -- did not want Kim Jong Un's regime to escalate tensions any further.

China and Japan -- the world's second and third-largest economies -- are key trading partners, but relations have soured as Beijing bolsters its military, projects power regionally and takes a harder line on territorial rivalries.

Chinese missiles fired during massive military drills around Taiwan in August are believed to have fallen within Japan's exclusive economic zone, and Tokyo has protested at what it calls growing aerial and maritime violations in recent months.

Xi last held face-to-face talks with a Japanese prime minister in December 2019, when he met Shinzo Abe in Beijing, though he has spoken to Kishida by phone.

The G20 was upended by fears that a deadly missile strike on Poland signalled a dangerous escalation of Russia's war in Ukraine.

But Western leaders have moved to dial down the alarm, saying the blast was probably an accident, with both Poland and NATO saying the explosion was most likely caused by a Ukrainian air defence missile launched to intercept a Russian barrage.

Biden and Xi's landmark summit talks on Monday sought to cool their rivalry, which has intensified sharply in recent years as Beijing has become more powerful and more assertive about replacing the US-led order that has prevailed since World War II.

The easing of tensions will be welcome news for APEC members who have grown increasingly alarmed at the prospect of having to take sides between the world's two biggest economies.

While the pair still clashed on the question of self-governing Taiwan's future -- a major regional flashpoint -- they found common ground on Ukraine.

They underlined that the use or threat of use of nuclear weapons was unacceptable -- a clear rebuke to Russian President Vladimir Putin's threats over his failing war in Ukraine.

Macron landed in Bangkok late Wednesday aiming to relaunch France's strategic ambitions in the Asia-Pacific region after the humiliating blow of Australia cancelling a major submarine contract in 2021.

"In this highly contested region, which is the theatre of a confrontation between the two major world powers, our strategy is to defend freedom and sovereignty," Macron said on Thursday.