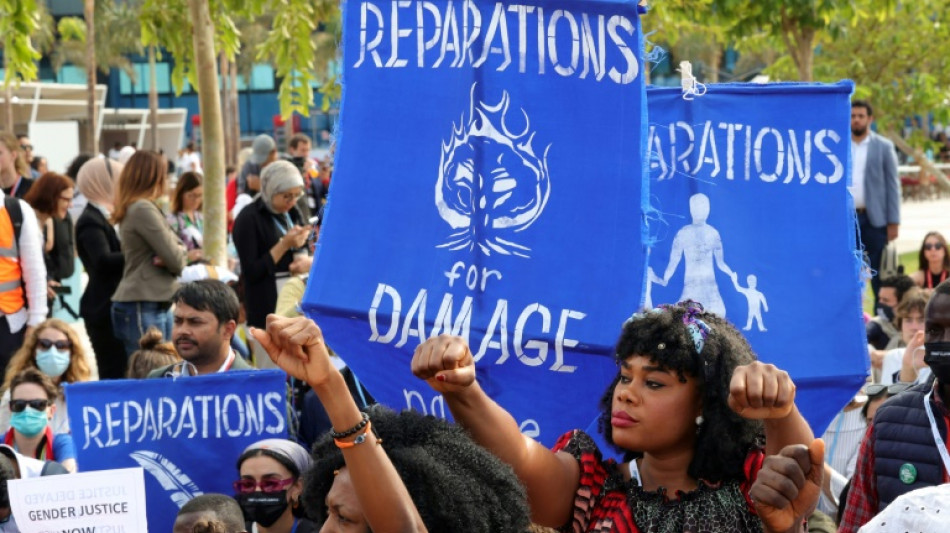 Talks at a UN climate conference enter their final day Friday, gridlocked by a make-or-break tussle between rich and developing nations over money for countries in the crosshairs of increasingly intense and costly impacts of global warming.

Representatives from nearly 200 countries have gathered at the COP27 in Egypt for two weeks with the aim of driving forward action on climate change as the world faces a worsening onslaught of extreme floods, heat waves and droughts.

The daunting list of urgent tasks includes finding agreement -- and funds -- for the emissions cuts needed to limit average warming to 1.5 degrees Celsius from pre-industrial levels, which scientists say is a safer guardrail to avoid the most dangerous impacts.

For many developing countries -- and small island states most threatened by sea level rise -- the defining issues at the conference is money for the "loss and damage" caused by climate change impacts.

A cascade of climate-driven extremes in recent months -- from floods in Pakistan and Nigeria to heatwaves and droughts across the world -- have shone a spotlight on the ferocious impacts of a warming world for developing nations that are also struggling with debts and surging inflation.

But negotiations have been gridlocked by the issue, with developing countries unifying behind a call for COP27 to create a specific loss and damage fund -- an idea that has faced reluctance from richer polluters wary of liability.

"We are not where we need to be in order to close this conference with tangible and robust outcomes," said Sameh Shoukry, the COP27 president, late Thursday night as he urged delegates to act with "urgency".

In a proposal to delegates late Thursday, European Commission Vice President Frans Timmermans said the European Union was open to the creation of a fund to help the most vulnerable countries, favouring a "mosaic" of options for providing money from a range of sources.

That would potentially include China and other nations that have become wealthier since they were listed as developing countries in 1992.

Earlier at the meeting, the 130-nation group known as G77+China issued a proposal to create the fund at the COP27 and agree on the nitty-gritty details at the next UN climate talks in Dubai in 2023.

A draft outline of positions on loss and damage published later Thursday included some key elements of the main proposals on the issue, providing a starting point for negotiations to begin in earnest.

With the two-week conference officially due to wrap up on Friday but little progress made on loss and damage by late Thursday, negotiators in Egypt said the talks would likely go into overtime.

UN chief Antonio Guterres said there was "clearly a breakdown in trust" between developed and emerging economies, after returning to the Red Sea resort of Sharm el-Sheik late Thursday from a meeting of G20 leaders in Indonesia.

Guterres called for an "ambitious and credible agreement" on loss and damage and financial support for vulnerable countries, including progress on an unmet pledge of $100 billion a year by 2020 from wealthy countries.

"This is no time for finger pointing," he said. "The blame game is a recipe for mutually assured destruction."